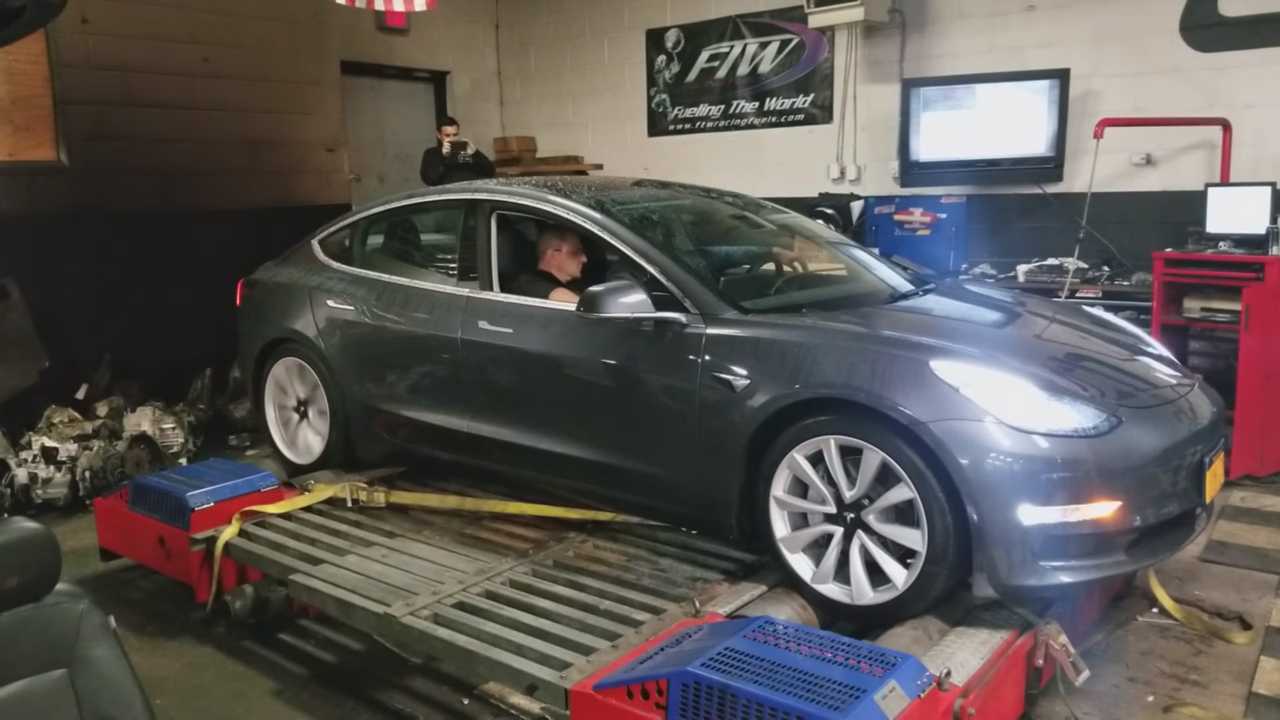 Someone call for a dyno?

The Tesla Model 3 has been in the hands of customers for some months now, yet no one appears to have placed it on a dynometer to measure its power output. Until now, that is.

Read Also: BMW i3 On The Dyno – Video

A video posted to the Tesla Repair Channel on YouTube fixes this egregious oversight (note: their is some NSFW language in the clip), and the result is eye opening. According to the machine at E-Spec Industries, the latest Tesla puts out a max of 393.6 horsepower. According to the poster on the Tesla Motors Club forum who claims to be involved with this effort, this result was achieved with traction control "fully defeated."

While we have to admit to being surprised to see a number this high, people discussing the figure seemed to agree that the car's zero-to-60 time, as measured by MotorTrend, combined with the Model 3's weight indicate it seems like a legitimate result. Or, at least close.