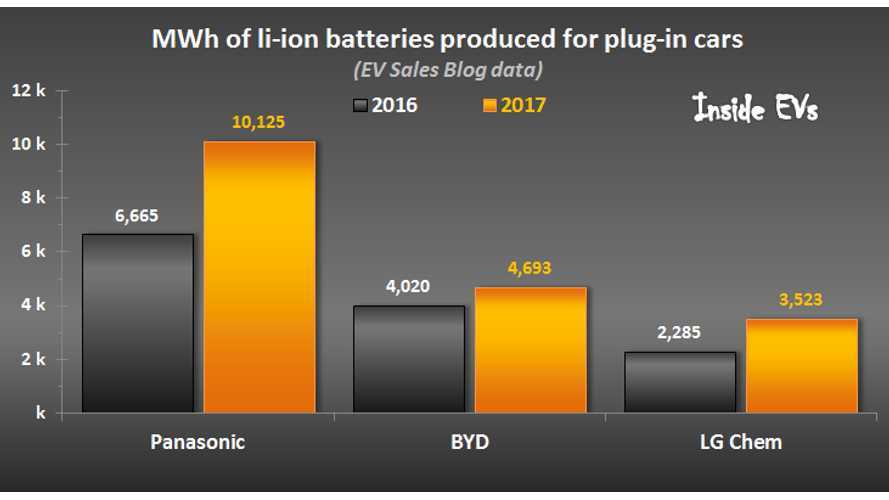 Panasonic, as the first to exceed 10,000 MWh, grew by some 52%. BYD had a hard year, while LG Chem went up strong by 54%. There is also CALB mentioned by EV Sales Blog, right behind LG Chem.

There is no doubt that Panasonic will remain #1 asthe  Tesla Model 3 takes off.

Read Also: Toyota Looks To Team Up With Panasonic On Prismatic Batteries

We need to add that batteries for commercial plug-ins like trucks and buses, especially in China, are not included. EV Sales Blog estimates that it could be more than 40,000 MWh of additional capacity (CATL 12 GWh, BYD 8.4 GWh and Optimum 6.7 GWh).