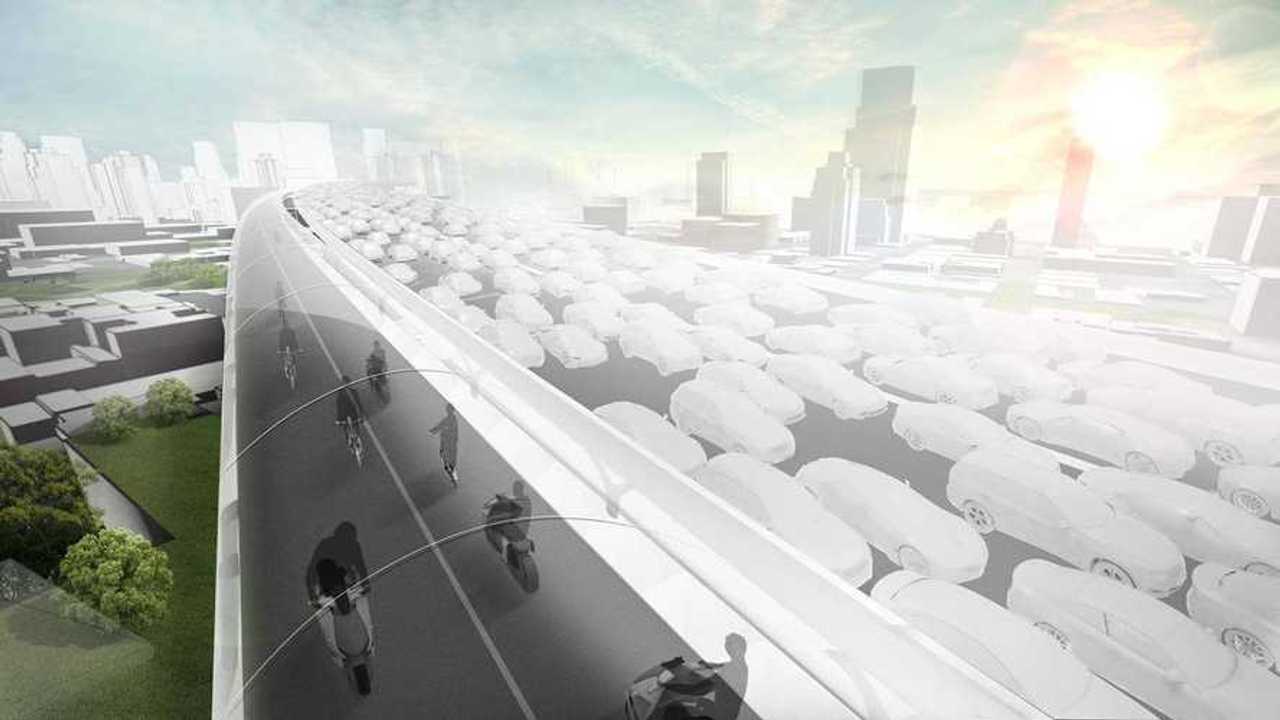 It's a neat idea but doesn't seem like a very realistic way to solve this complex problem.

BMW has investigated the major problem of traffic in congested cities, and the company has arrived upon a simple solution – build more roads. The company calls the concept the Vision E³ Way, and the three Es stand for elevated, electric, and efficient. Once in place, a network of raised highways would be for the exclusive use of two-wheeled electric vehicles.

The Vision E³ Way concept comes from the BMW Group Technology Office China in Shanghai. The company would create a modular network of raised roads that would strategically link major traffic hubs, public transportation stations, and shopping centers. The speed limit once on these highways would be as high as just 16 miles per hour (25 kilometers per hour), which would lessen the risk of accidents, BMW believes. If someone doesn’t have an electric bike to take onto these routes, a person could rent one at the entrance onto the highway.

BMW would put a roof over most sections of the elevated highway for protection against the rain and sun. A cooling system would use rainwater to maintain a pleasant temperature inside, too.

As cities grow around the world, drivers put more stress on the existing road network. This makes air pollution worse and generally harms a person’s quality of life. BMW’s solution doesn’t appear to be the answer, though. Elevated roads already exist and aren’t an immediate solution to reducing traffic congestion. Making more exclusively for electric bikes doesn’t seem to fix the situation, either.

BMW has made major investments into electric mobility in recent years, is on pace to hit 100,000 plug-ins sold in 2017 (~90k through November), and the firm states it will offer an electrified version of every model in its lineup by 2020.