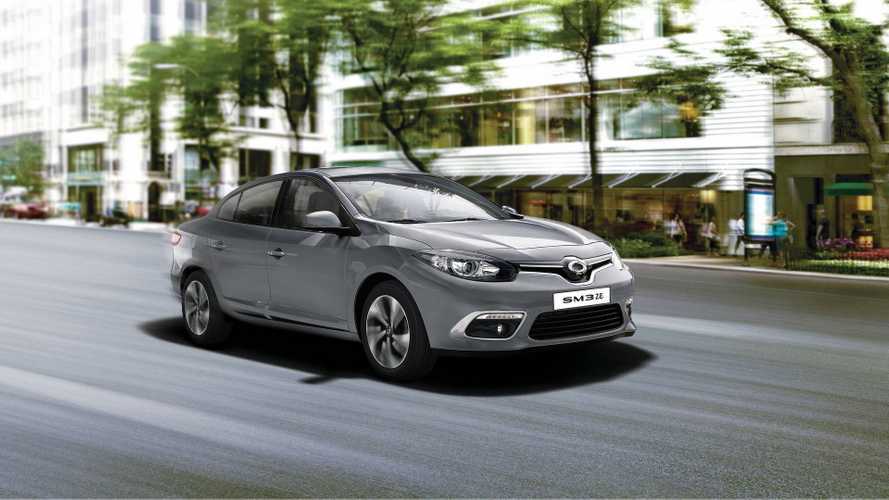 Remember the Renault Fluence? The Megane-based compact sedan was introduced back in 2009 and is still alive and kicking in some parts of the world, including in South Korea where it’s known as the Samsung SM3. Built at a factory in Busan, the latter has been available since late 2013 in an all-electric Z.E. (Zero Emission) flavor, which is now being updated.

Gone is the old 22-kWh battery as it has been replaced by a higher-capacity 36-kWh pack without having an impact on the car’s weight. As a result of the newly gained battery, the 2018 Renault Samsung SM3 Z.E. will be able to travel for up to 213 kilometers (132 miles) between charges, though we should mention these numbers are based on the Korean type approval cycle (think more like 115-120 miles/185-195 km in the real world/EPA-estimated). Compared to its predecessor, the driving range has increased by a considerable 57 percent.

The updated SM3 Zero Emission was unveiled today on the occasion of the Daegu International Future Auto Expo.

According to a local study conducted by the Korean Transportation Safety Authority (KOTSA), the average daily trip in South Korea lasted for approximately 25 miles (40 kilometers) last year, prompting Renault and Samsung to say the revised version of the electric sedan will (theoretically) run for about five days without having to recharge the battery pack. That should cure range anxiety once and for all, at least when it comes down to driving only in the city.

The SM3 Z.E. is a big deal in South Korea as not only is it popular with regular customers, but also among taxi operators and state-run fleets. Last April, no less than 1,200 cars were acquired by the country’s Ministry of Health and Welfare, so the battery update will be appreciated by many.