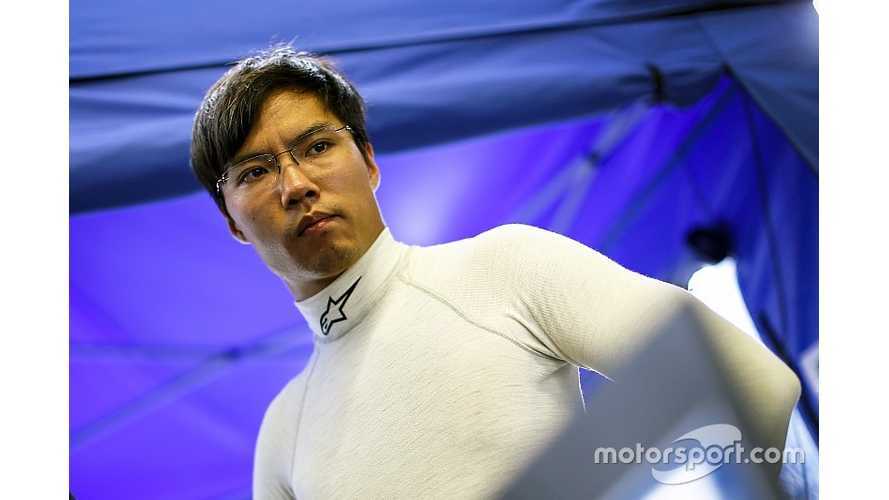 The NIO Formula E team has made ex-Techeetah driver Ma Qing Hua its reserve driver for the 2017/18 season.

Ma made his FE debut racing for Team Aguri in Paris in 2016, then stayed with that outfit when its entry was taken over by Chinese company SECA.

However, he was dropped three races into the 2016/17 season after failing to score a point as teammate Jean-Eric Vergne fought for poles and podiums.

Prior to his move into FE, Ma was a Formula 1 practice participant for the HRT and Caterham teams and a race winner for Citroen in the World Touring Car Championship.

Ma, an ambassador for motorsport in China, said he was "extremely proud" to join the NIO team.

NIO is a Chinese car company that has been involved in FE since its previous NextEV brand partnered with Team China Racing in the inaugural season, then took over the entry for the subsequent two campaigns.

NextEV has been rebranded NIO for 2017/18, with ex-IndyCar driver Luca Filippi drafted in to replace Jaguar-bound Nelson Piquet Jr alongside Oliver Turvey.

NIO team principal Gerry Hughes said: "It is with great pleasure that we welcome Ma Qing Hua in to the NIO Formula E team family in the role of reserve driver.

"We have been working with Ma over the course of the summer manufacturer testing period and this appointment concludes our driver line-up for 2017/18 nicely.

"NIO is first and foremost a Chinese electric vehicle brand, so it extremely fitting to have Ma join the NIO Formula E Team and it will be great to see him back in the paddock in Hong Kong next week."