USPS Urged To Go Plug-In For Replacement Of Delivery Vehicles 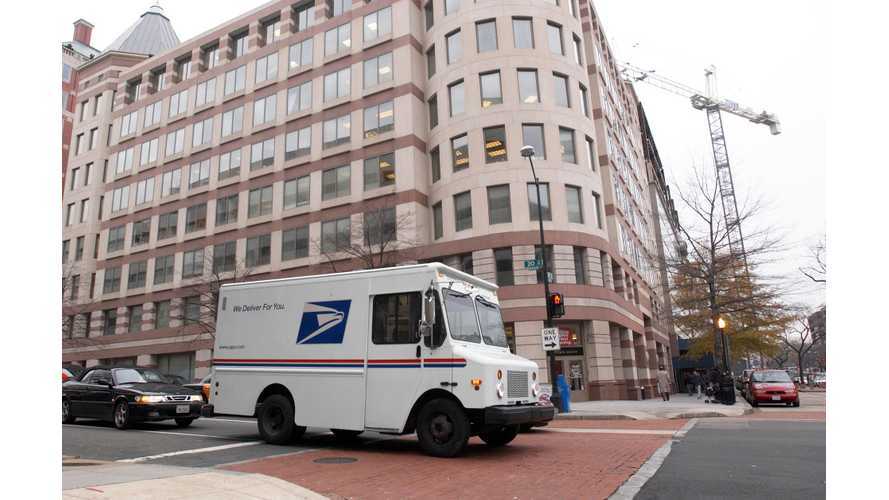 The United States Postal Service is on the cusp of making a selection its next-generation postal delivery vehicles.  Several manufacturers have survived to the final stage.

The stakes are high, as USPS uses more than 200,000 vehicles today.

13 environmental groups have now urged USPS to select electrified vehicles, and thus save up to 180 million gasoline-equivalent gallons (GGE) of fuel, over more than 1.3 billion miles every year.

There are still five vehicles with the chance to be selected, but only two are plug-ins according to what little info is available. The list of supplier includes: Selection is expected early 2018 with deployment from the first quarter of 2020.

"Public details on the vehicles are scant, although the VT Hackney/Workhorse candidate is a range-extended electric vehicle. VT Hackney is building the body of the prototype vehicles while Workhorse Group is providing the chassis and powertrain. Karson/Morgan is making a hybrid truck that is also being considered.

The USPS received prototype NGDV vehicles the week of 18 September; actual testing by letter carriers began the week of 2 October. Testing sites include Flint and Utica, MI; Falls Church and Leesburg, VA; and Tempe and Tucson, AZ. On a three-week rotating basis, the vehicles will be used over the next six months during normal delivery operations in these diverse weather environments.

Testing will focus on each prototype’s comfort, usability, functionality, ergonomics, performance, operations, and so on. Additionally, testing of the vehicles’ durability, components and fuel economy will be conducted by engineers at third-party laboratories."