What Makes Food And Beverage Companies Want The Tesla Semi? 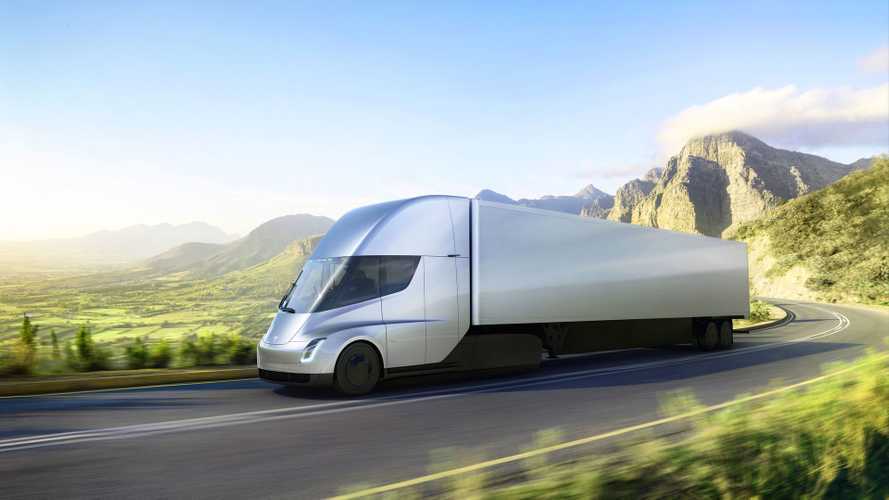 WHY ARE FOOD AND BEVERAGE COMPANIES SO INTERESTED IN THE TESLA SEMI?

A number of companies around the world have placed pre-orders for the Tesla Semi, and a preponderance of those orders seem to be coming from purveyors of food and beverages. PepsiCo has ordered 100, Anheuser-Busch has ordered 40, restaurant supplier Sysco is taking 50, and Canadian grocery chain Loblaw’s wants 25. Why is this particular industry so interested in electric trucks? As a recent article in Popular Mechanics points out, there are several good reasons.

Jon Samson, Executive Director of the Agricultural and Food Transporters Conference, notes that most food suppliers organize their deliveries on a hub-and-spoke model. “When you look at beverage companies and grocery chains, a lot of what they’re moving is going to be on a short-haul basis, like trucking product from a beverage distribution plant to regional distributors. From an electric standpoint that’s a fantastic setup. You don’t have to deal with diesel fuel, and you’d be able to have that dedicated infrastructure set up for charging stations along the way while you go back and forth.”

“Food and beverage companies... often have a hub model where their inbound product will come into the distribution center through one fleet, and then their delivery fleet will deliver it to regional stores, like a grocery store,” says Dakota Semler, founder and CEO of Thor Trucks, which hopes to be a competitor of Tesla. “A lot of these delivery fleets support businesses in residential neighborhoods, which creates conflict for residents who don’t want loud, dirty diesel trucks driving through their neighborhood. With electric, you can have a fleet that operates without anyone ever hearing them. They create less road noise than a conventional gas passenger car. That’s really impactful for quality of life.”

Another, related reason to go electric has to do with idling, one of the obnoxious realities of modern urban life. “With diesel trucks, there are all sorts of restrictions on idling rules, and those engines actually have to be on to power supporting systems like lift gates and refrigeration,” says Dakota Semler. “Electric vehicles are great because you don’t have to have an engine idling for an hour or two hours while you unload the vehicle. You can draw directly from the battery pack of the vehicle.”

For James Sembrot, Senior Director of Strategy and Logistics at Anheuser-Busch, Tesla’s attention to driver comfort is a big selling point. “One of the biggest areas of headache for trucking companies is retaining drivers, and these trucks have a very innovative design. It is a more comfortable experience for the driver: They’re surrounded by windows and there are other features that we think can help make a very tough job a better job. So we view that as a potential source of return, less turnover in the drivers that drive our products to market.”

Anheuser-Busch presents a good case study in the advantages of going electric. The company has a fleet of 750 trucks hauling suds from its breweries to wholesalers. Every year, trucks transporting Anheuser-Busch products travel enough miles to circle the Earth 18,000 times, sucking up about $120 million worth of fuel. According to Tesla’s estimates, the 40 Semis Anheuser-Busch has ordered should save it about $8 million a year in fuel costs. The beer behemoth is exploring other possibilities as well - it is working with Nikola Motor Company, developer of a hydrogen fuel cell truck.