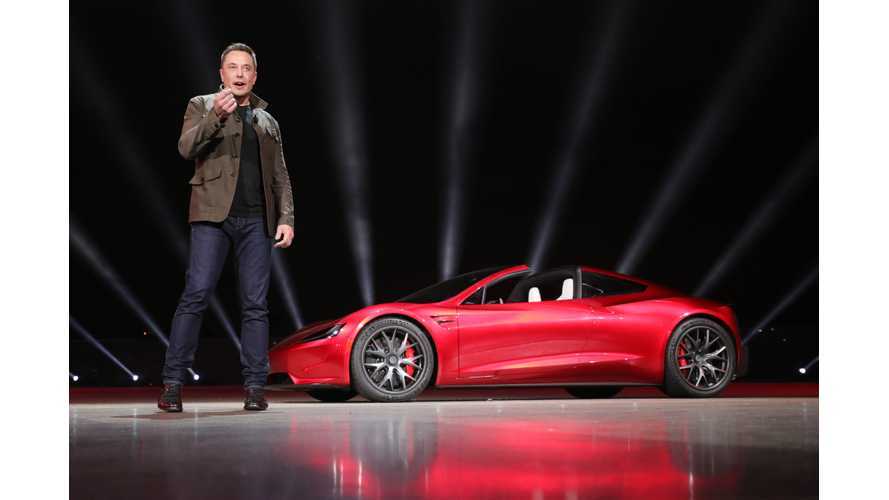 CEO Elon Musk with the new Tesla Roadster and Tesla Semi at the recent reveal event.

It doesn't really come as much of a surprise that the Tesla Roadster dominated the Tesla Semi at the semi's own event, but let's have a look at some interesting data.

C'mon, we're talking about a gorgeous red sports car that will break all records if it comes to fruition, versus a big electric truck that is industry specific. We wouldn't be surprised if Tesla ran the event this way on purpose. With all the negative Model 3 production press lately, added to the automaker's financial fallout from the situation, a truck geared toward a limited, corporate audience wasn't likely enough to woo the world.

Needless to say, the data revealed that the global social media response toward the Roadster made the Semi announcement appear almost non-existent.

Fresh Mechanism was also able to break down Tweets from each U.S. state using its geotagging technology. Of course, California dominated in Tesla-related Tweets, followed by states like Washington, Nevada, and Oregon. Somewhat surprisingly, Illinois fared very well on the list. Electrek reported that:

"as much as 5.2% of all geotagged tweets from California were about Tesla from October 18th to November 18th."

The top ten states are listed below: