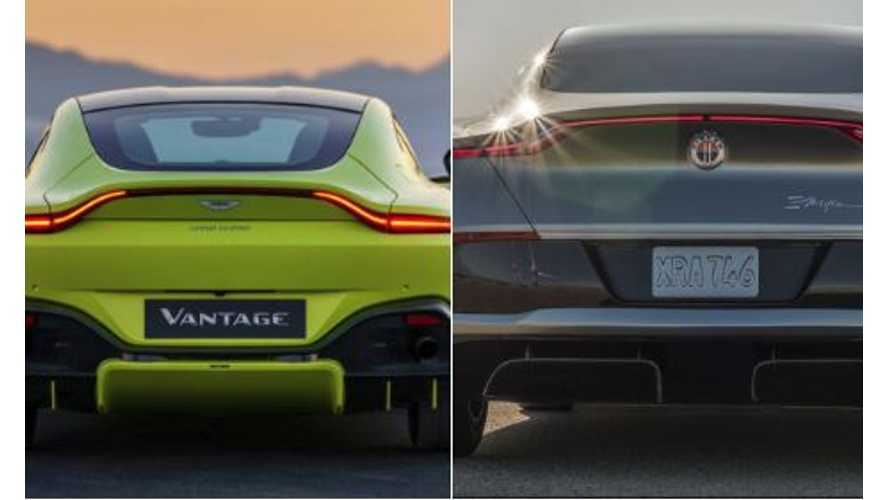 Is Aston Martin toying with Henrik Fisker? Vantage (left) has the exact same line as the EMotion. pic.twitter.com/SegZOKcypX

Henrik Fisker designed the original Aston Martin Vantage back in 2005, but this newest version of the Vantage, released just yesterday, has an unmistakable resemblance to Fisker's latest efforts too.

We're referring to the Fisker eMotion and the resemblance in the rear is striking.

Fisker officially had no input on the design of the newest Vantage, but it's impossible to overlook the fact that the new Vantage is close to a carbon copy of the Fisker eMotion from the rear, at least the top half.

Here's a better look at the two vehicles from the rear:

The Fisker eMotion has yet to make its public debut. That's expected to happen at CES 2018 in January It's expected to feature a 145 kWh battery pack and a range of some 400 miles. None of these details have been fully confirmed yet though.