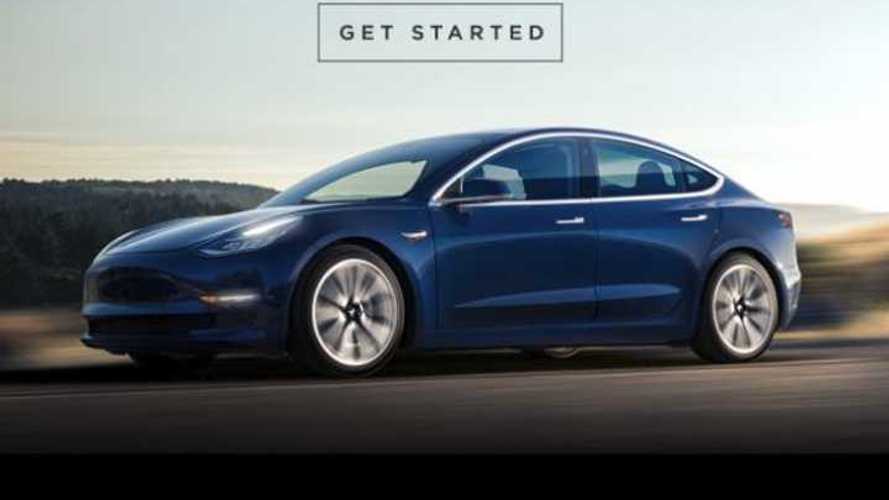 And here it is ... non-employees finally get to configure their Tesla Model 3.

Well, it was supposed to happen by the end of October -- customer deliveries that is -- but we're heading into late November and although deliveries may not happen for awhile, the first step starts today.

The even better news is that we received word from non-employee Model 3 reservation-holder, Daniel Zorrilla, that his estimated delivery date is in just four weeks. This is a pretty lofty goal for Tesla since we are aware that the automaker was just recently still building vehicles for employees or those with connections to the company.

A delivery date of four weeks from now puts the Model 3 is Daniel's hands just prior to Christmas, and would also assure that he can take advantage of the federal EV tax credit for 2017.

Check out related images via Daniel below:

We noticed in the comments that many of you had hoped for a little more info about Daniel, and he graciously shared what he could. He's actually contributed at InsideEVs in the past. Daniel currently resides in Florida and has absolutely no affiliation with Tesla, aside from the fact that he is a current owner. He simply stood in line on the first day to reserve his Model 3. Daniel also changed his delivery address to a friend’s home in Oakland, California. His current delivery window is November to January, although his delivery estimate upon configuring is now mid-December. He will take delivery in California, partake in a factory tour in Fremont, and then drive back to Florida.