Nissan's Carlos Ghosn Won't Say It, But He's Thinking It 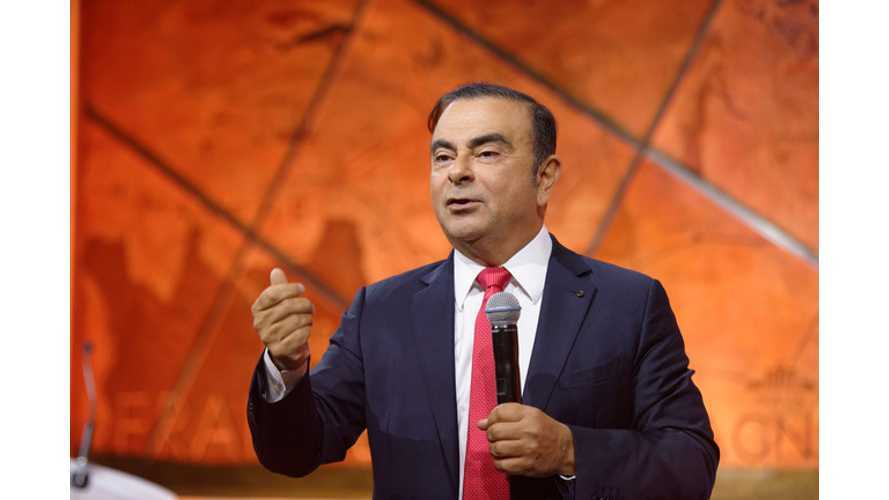 We wish we could say those words came directly from Ghosn's lips, but they did not. He won't say it, but we all know it's what's in his head. And, he basically said it with a whole lot more words. He did admit about other automakers:

"Now they come. Everybody's coming. The reality appears more clearly to a lot of people today."

Although Ghosn wasn't first with electric vehicles, he believed in it early on and it has paid off. He invested $5 billion back in 2010 and 2011, despite critics' disapproval. Other automakers stood aside and waited, but now they all seem to be jumping on the bandwagon. Ghosn shared:

"People said, 'Yeah, but you could be wrong.' But I knew that the constraints on emissions were becoming heavier. There was no way ... we could solve all these limitations technically through gasoline engines and diesel engines or even hybrids. We needed to move to something more radical, like electric cars.

For me it was obvious. And I said, the first one who was going to move in this direction was going to benefit a lot, not only in terms of brand, but in terms of the advantage of mass-marketing the electric car."

Today, Ghosn is no longer CEO at Nissan, he is in charge of three major automakers: Nissan, Renault, and Mitsubishi, as well as all related sub-brands. Just a few months back, he revealed his six-year plan for the group, which includes a minimum of 12 new global EVs over six years.

Due to the success of the Nissan LEAF and Renault Zoe, Ghosn believes the group has an advantage. This is not only due to experience but also because a tried-and-true platform is already in place. He continued:

"The knowledge we have today with the Leaf or the Zoe is extremely precious because we know how people use electric cars, what they need and what are the problems. This will allow us to prepare a much better generation of electric cars coming in the next six years.

These 12 are not, 'This is our first venture'. No, no. These are cars coming to take an important position, and they will be profitable, with cost targets that are based on reputation and best of technology."

The CEO says the three automakers will share four platforms through which nine million EVs will be produced and sold by 2022. He said:

"Now we're saying: One platform. One set of batteries. One set of motors. We're going to go together because our objectives are mass marketing and profitability."

Though Ghosn won't say, "I told you so," he has admitted that he does feel some vindication since the proof of his EV support and beliefs is coming to be.