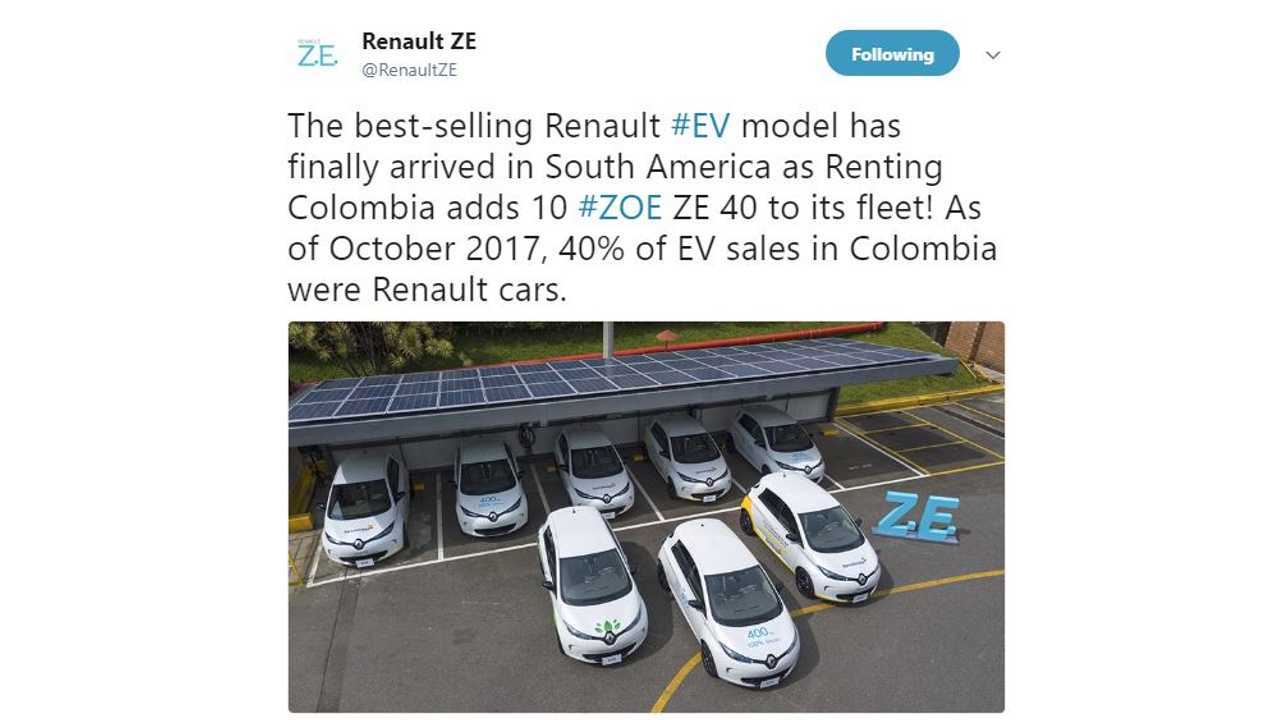 How do we know this? Well, Renault just recently announced that the ZOE finally went on sale (October) in Colombia.

Renault points out that rental agency Renting Colombia added 10 ZOE ZE 40s to its fleet in October. That 10 figure accounted for 40% of all electric vehicles sold that month.

So, let's do the math. If 10 units are 40%, then total sales for October stood at 25 units, for the entire nation for an entire month.

Just a few electric vehicles are available in Colombia, but it's obvious from the numbers that electric cars simply aren't popular there. This will certainly change over time, but we just wanted to point out that electric car mania has yet to hit many reaches around the globe. Soon the mania will spread though. It's just a matter of time.