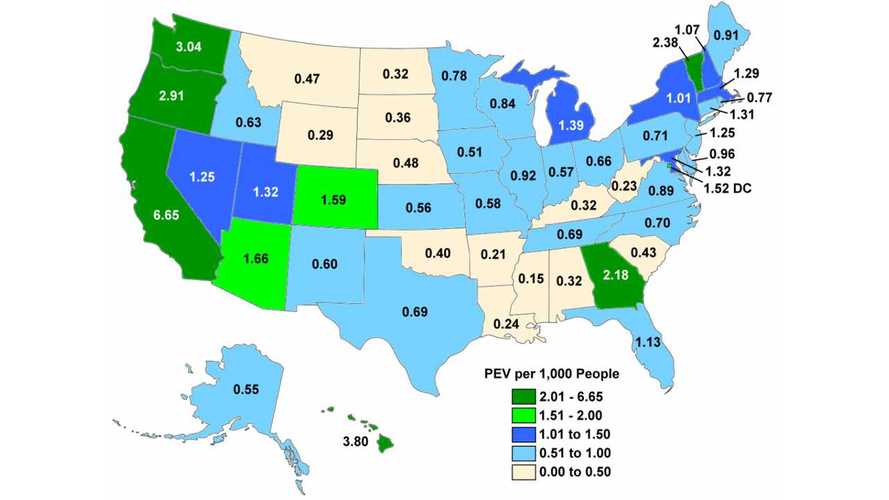 The top plug-in market for the country is, as expected, is California with 6.65 EVs per 1,000 persons.

Mississippi 'leads' the reluctant states, with the lowest result of just 0.015%.