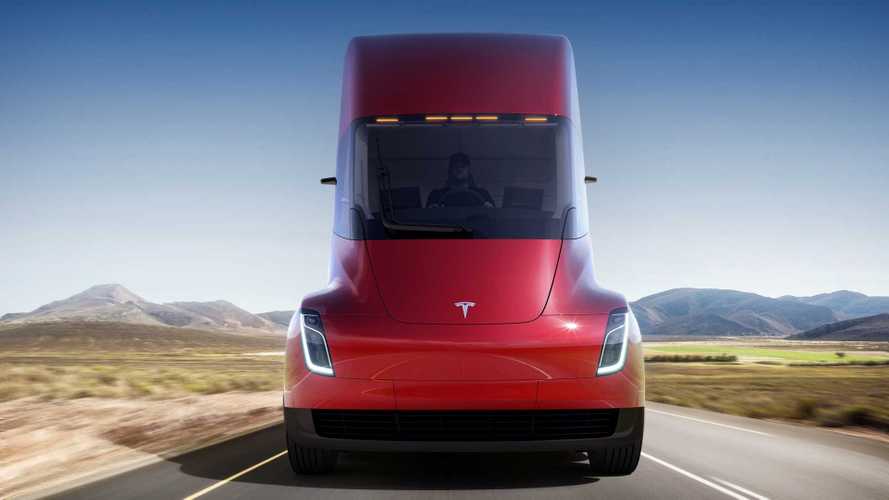 Daimler plans to sell battery-electric semi trucks by 2021 and believes that Tesla's earlier timeline and vehicle specs are unrealistic.

Daimler, the world's most substantial truck manufacturer, just announced that it will begin customer trials of its new pure-electric eActros semi truck (to learn more, follow the link below). The truck was the first of its kind to be revealed to the world back in 2016. Despite being ahead of Tesla with its unveiling, the truck maker says it needs the next few years for testing and will bring the vehicle to market by 2021. Tesla's Elon Musk, on the other hand, is shooting for delivery of "his" electric semi beginning in 2019.

Daimler's head of trucks, Martin Daum recently told reporters that if Tesla achieves its target date and specs, his company will have made some terrible estimations. He admits that the eActros doesn't stand up to the range that Tesla is advertising (up to 500 miles on a single charge), but he feels that with current battery tech, the Silicon Valley company can't possibly achieve that number within the next year or two. Baum stated:

“If Tesla really delivers on this promise, we’ll obviously buy two trucks -- one to take apart and one to test because if that happens, something has passed us by. But for now, the same laws of physics apply .”

The eActros will have a maximum range of 124 miles (200 kilometers). So, it's not just a little bit of a difference, but instead, not even in the ballpark. Daimler has budgeted some $616 million to make this effort possible and will work through customer trials for the next two years or more before the trucks are ready for mass production. Baum continued:

“Trucks have to run for 1.5 million miles and then there’s a used-truck buyer too after that. We don’t know for sure how batteries for trucks will react after being in use for four to five years -- it’s very complex.”

The automaker revealed that, like Tesla, there will be two different size semis available (18 tons and 26 tons). In terms of charging, a figure of three to 11 hours was specified.