Mercedes eVito On Sale Now, eSprinter To Launch In 2019 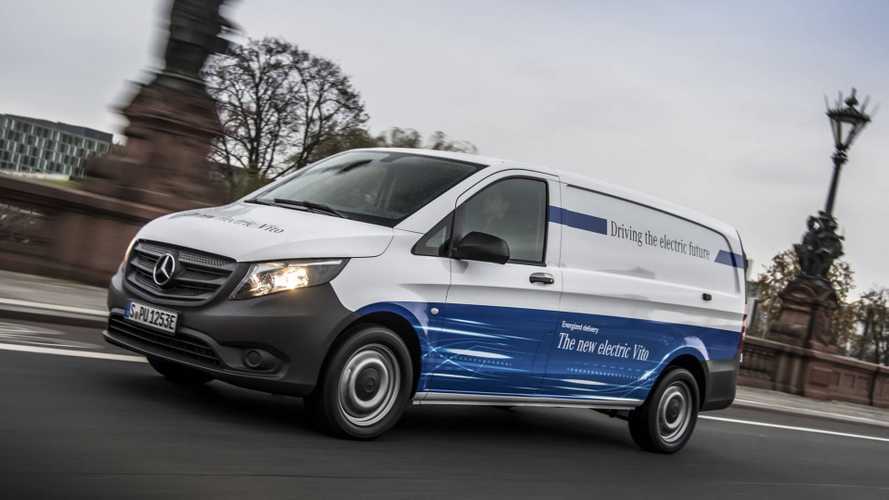 In a worst-case scenario, the eVito will travel for 62 miles before running out of battery juice.

Browsing through the archives shows Mercedes originally kicked off production of a Vito E-Cell way back in 2010. The all-electric light van was based on the second-generation W639 model in the facelifted guise and had a 32-kWh lithium-ion battery pack with enough juice for around 81 miles (130 kilometers). Fast forward to present day, the eVito based on the current W447 model is now available on order in Germany, but customer deliveries won’t start until the second half of 2018.

Officially called “eVito,” the zero-emissions commercial van can be had at home in Deutschland from €39,990 (excluding VAT), which works out to about $47,130. Already adopters should know that if they act quickly enough, Mercedes will throw in a service package (including Wallbox) for free to sweeten the deal for orders registered on the www.jetzt-elektroVAN.mercedes-benz.de microsite.Compared to the Vito E-Cell from seven years ago, the new eVito benefits from a higher-capacity 41.4-kWh battery that in normal conditions should have enough juice for approximately 93 miles (150 km) or 12 miles (20 km) more than its predecessor. Mercedes points out that in bad weather and fully loaded, the eVito will still be able to cover 62 miles (100 km). Once the battery is depleted, it’s going to take about six hours for a full recharge.

Available in two wheelbase configurations, the eVito makes use of an electric motor that develops 113 horsepower (84 kilowatts) and an instant torque of 221 pound-feet (300 Newton-meters). It’s enough e-power for a top speed of 75 mph (120 kph), but you’ll make the most out of the batteries to enable a longer range by not driving the electric van above 50 mph (80 kph).

Without going into details, Mercedes says the eSprinter is slated to go on sale in 2019 and it will eventually be followed by an electric Citan to round of the company’s electrification of its commercial range.