The Tesla Semi likely has a battery pack that's around 1 MWh, and it uses four independent electric motors. This gives the truck the torque of several top-of-the-line Model S vehicles and also makes the ride about as smooth as that of any other Tesla vehicle. In fact, Musk said at the recent event that it's really the same as driving any Tesla vehicle, yet it's bigger. 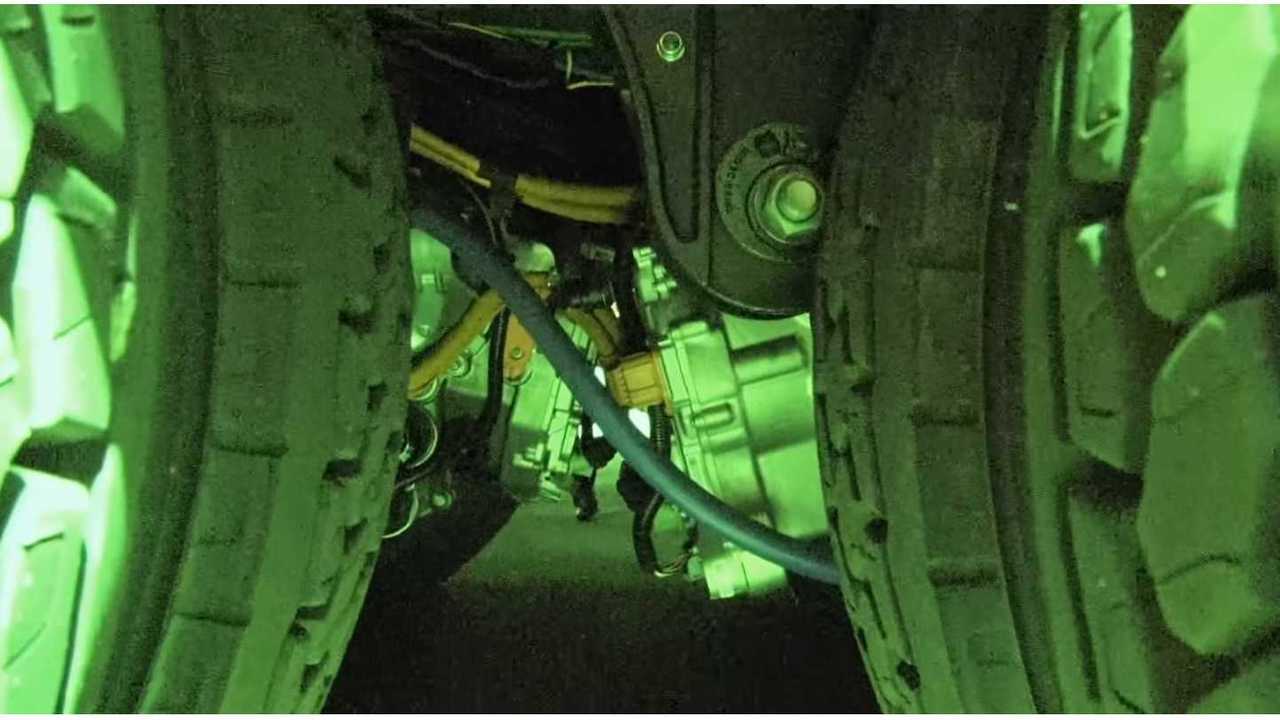 These four motors send all power to the rear wheels, which makes the most sense for a typical semi truck. In order to streamline production processes, the motors being used are the same as those found in the Tesla Model 3. This goes along with Musk's recent statement (via Teslarati):

“Most of that semi is actually made out of Model 3 parts, by the way."

Musk said that all four motors aren't actually even needed, as two would suffice. However, it's a redundant system for increased efficiency. He shared (via Teslarati):

Fortunately, we can see these for ourselves in a very nice, night-vision green hue. Kman obviously went sneaking around during the evening of the Tesla Semi reveal event and took a bit of an up-close video as proof. He's lucky no one decided to take the truck out for a spin while he was in ninja mode!

Kman uses his Super Italian Ninja skills and gets rare shots of the Tesla Semi Truck's Drive Units, Gear Box and other internals. In this video, I bring you a look at the 4 drive units, 2 gear boxes, wiring, and more! The one and only!

The differentials are extremely "Beefy" (Unless your a vegetarian, then they are Pumpkiny). This thing is built to not only last, but Haul Ass, Haul Loads. This thing is just overbuilt. By my best estimate, in a tractor pull, the Tesla Semi could easily out pull 6 standard Semi's.

Complete breakdown of the semi information coming soon! Kman get you all the Information the OTHERS DON'T!!! Please consider supporting me through Patreon to help me bring you Valuable Content!