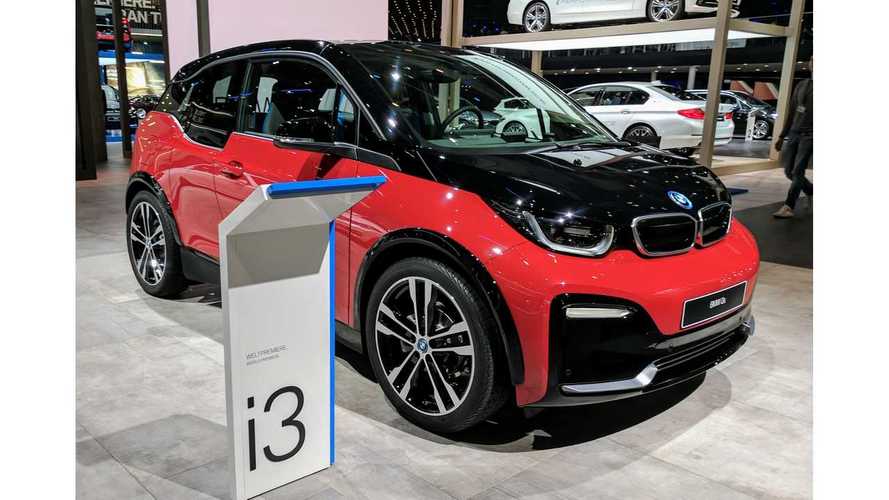 While it hasn't yet been formally announced, it appears that BMW is on the verge of recalling every i3 that has been sold in the US since the 2014 launch (roughly 30,000 units). In addition, a Stop Sale order has been made, meaning no more i3s will be delivered to customers until the cars have been modified to correct a problem that was recently discovered.

I've reached out to BMW for clarification, but have not yet received a formal answer. Fortunately, we live in the age of information, and when something of significance happens, you can usually find somebody who's willing to share (or leak) information on the subject. In this case, we credit members of the BMW i3 Worldwide Group on Facebook for providing the information. Group members starting posting bits of information on this issue late Thursday night. There are quite a few BMW dealership employees in the group, and they often have access to information before the public does. Occasionally that leads to group members getting inside information before it is officially released.

There were also group members that were about to take delivery of a new i3 over this weekend, so they had to be told by their dealer that the Stop Sale has been issued, and that their delivery would be delayed indefinitely.  Documents provided to BMW dealers indicate that current owners will be receiving letters in January which will advise them of the recall, and hopefully offering information on what corrections will be made to correct the issue.

This dealer-provided Q&A was prepared to help dealers explain the issue with their customers. Credit: Amanda Meeker from the BMW i3 Worldwide group on Facebook

Apparently, the problem is restricted to situations when the driver is a "5th percentile female", is not wearing their seat belt, and has a head-on collision, according to NHTSA. The 5th percentile female basically means the driver is female, about 5'0", and weighs 110 lbs or less. So clearly, this would only affect a small percentage of potential i3 drivers.  Under NHTSA testing, the unbelted 5th percentile female suffered certain neck injuries that were slightly higher than the acceptable limit when involved in certain types of head-on collisions. This issue only affects the driver, not any of the passengers.

It's unknown how BMW will correct this, but it is known how the current i3 owners can prevent having any issue: Just wear your seat belt. I have a little personal experience with crashes and i3s. I owned a 2014 i3 REx for over three years until a few months ago when a distracted driver ran a red light and t-boned my car on the passenger side at about 45 mph. The car was a total loss, and I walked away a little sore, but relatively unscathed.

My wife driving my 2014 BMW i3 REx. She's close to the size of the "5th percentile female" that the recall is based on. However, since she's wearing her seat belt, the condition for concern isn't present.

Because of that accident, I have a new 2018 i3 Sport on order. In fact, it's on a ship in-transit to the US as I'm writing this, and it is expected to land in Port Newark, NJ in 10 days, on November 29th. Unfortunately, it looks like it's going to be sitting in the port for a while until BMW figures out what they are going to do to resolve the recall. The Stop Sale order restricts any new deliveries, so I may not be getting my i3s for the holidays, as I had hoped.

The wearing of seat belts is required in every state in the US, with the exception of New Hampshire. In that state, only drivers and passengers under the age of 18 are required to wear a seat belt. Personally, I find it hard to understand why anyone wouldn't use their seat belt. It's such a simple act to buckle up, they aren't uncomfortable to wear, and it literally can save your life. I was actually a little surprised to find out that US crash testing still requires vehicles to be tested with the occupants both buckled up, and not. Are there that many people that still refuse to buckle up? This entire problem isn't an issue if the driver simply wears their seat belt. Please buckle up folks, regardless of what car you're driving.

I'll be reaching out to BMW later this week to get more details on this situation, and once I have more information, I'll update this post.

While BMW’s compliance testing showed results well below the required limits, more recent testing has shown inconsistent results.  Consequently, BMW has issued a recall and is working with the agency to understand the differences in the test results.  A remedy is forthcoming.

The BMW passive safety systems are optimized for safety belt use.  BMW i3 owners should feel confident that their vehicle will perform well in a real world crash when the safety belt is used. BMW recommends that all vehicle occupants fasten their safety belts before driving, and keep them fastened for the duration of travel.

Customers with questions may contact BMW Customer Relations at 1-800-525-7417, or email CustomerRelations@bmwusa.com.