We put the new Tesla Roadster's performance into perspective with its nearest competitors.

The new Roadster's unveiling came at the same time as the Californian company’s new truck – in fact it appeared out of the back of the trailer unit accompanied by the sort of clouds of smoke you'd associate with something running a diesel engine – but the performance figures were the real shocker. A proposed range of 620 miles, 7,376 pound-feet (10,000 Newton-meters) of torque, and a top speed in excess of 250 miles per hour (402 kilometers per hour). Oh, and a 0-60 mph (0-98 kph) time of 1.9 seconds.

It’s that last figure that really stands out. It’s a number we’ve seen before, but not exactly on a road car. It’s quick... but how quick? We've taken a look at the five closest cars to the Tesla Roadster in terms of acceleration.

While official figures are hard to come by, it’s generally believed that the current generation of Formula 1 cars can accelerate from 0-60 mph (98 kph) in around two and a half seconds. The current cars weigh a relatively heavy 1,605 pounds (728 kg), but are powered by a 1.6-liter V6 turbo engine and two energy recovery systems that put out a minimum of 750 hp.

The straightline performance of an F1 car may not be as mindblowing as it once was, but thanks to a whole host of aerodynamic aids, it can keep up that performance in the corners.

Perhaps the best comparison for the new Roadster is its stablemate, the Model S. In the top level P100D trim, and with the apty titled Ludicrous Mode, the four-door saloon rockets to 60 in just 2.28 seconds, although some independent tests have put that figure even lower.

Like the Roadster, the P100D is four-wheel-drive (hence the D in the name for Dual Motor). 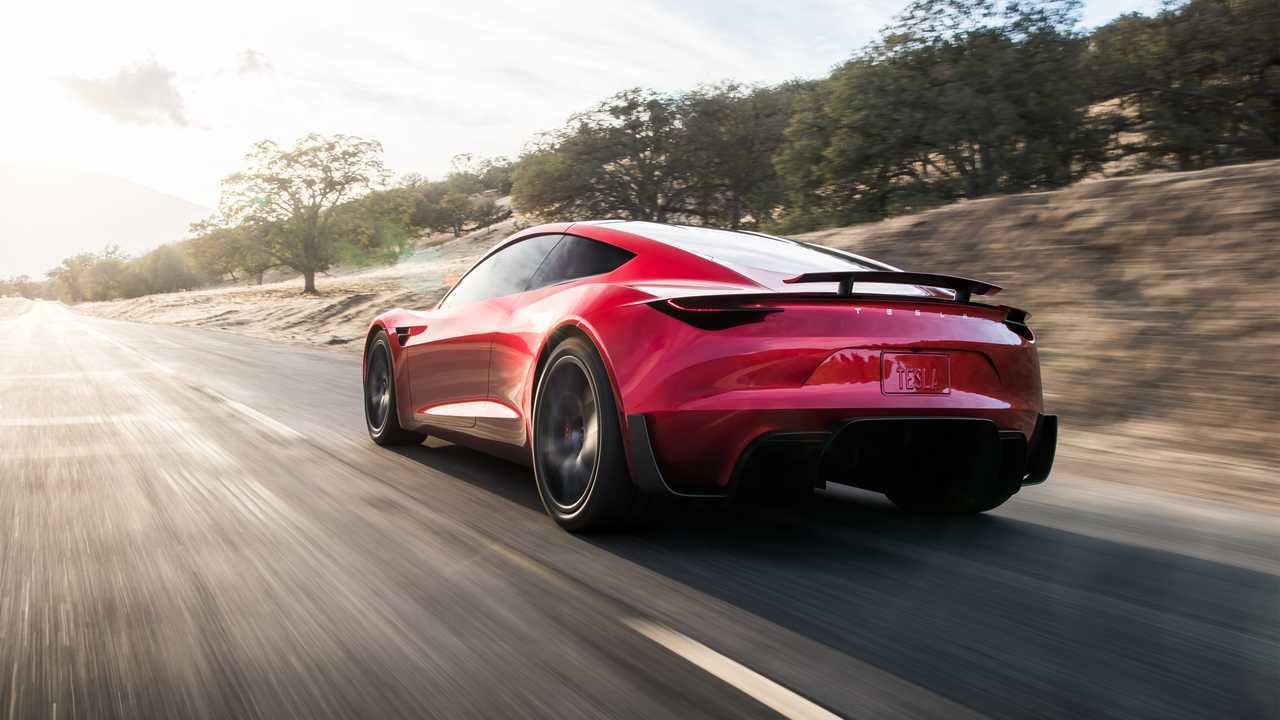 Of the two road cars on this list, the Dodge Challenger SRT Demon is the only one that is rear-wheel drive.

The Demon was unleashed earlier this year and is the drag racer’s dream. A monstrous 6.2-liter V8 gives the muscle car a crazy 840 hp (626 kW), making it the most powerful car Dodge has ever produced. It even has a Drag mode to help it cover a quarter mile in the shortest possible time. Dodge claims it can get to sixty in just 2.3 seconds.

Porsche’s soon-to-be-retired Le Mans prototype is an impressive piece of kit. Developed each year since Porsche’s return to the global endurance racing arena in 2014, the 919 Hybrid weighs just 1,929 pounds (875 kilograms), and has electric power going to the front wheels while a 2.0-liter turbocharged V4 handles the rear.

That four-wheel-drive system and low weight makes it quicker off the line than an F1 car. It’s just a crime that by the end of the year the car will be putting its feet (or wheels) up in a retirement home.

Rallycross Supercars are the quickest racing cars around, but how? Brute force. That’s it. No trick hybrid systems or massive engines, just grunt.

They only have a two-litre four pot under the bonnet, but depending on setup, they can put down more than 600 hp. Four-wheel drive also helps these modest hatchbacks turn into rocket ships. Top speed isn’t all that high though due to the short nature of the tracks involved. You’re looking at anywhere between 130 and 170 mph (209 to 274 kph) in most cases.

Okay, so that’s 0-60 mph in less than two seconds. So what? Why is the new Tesla Roadster that impressive then? Well, for a start, you can’t take a rallycross supercar on the public roads, and if you wanted one it sets you back around four times what the Roadster is expected to cost when it goes on sale in 2020.

Wait, did someone say rocket ships? Surprisingly slow, it turns out.

The space shuttle takes a long while to get going – most of its weight comes from the bulky fuel that's required to get it into space. As the shuttle jettisons its engines and fuel tanks, it gets lighter and goes even faster until it reaches the 17,500 mph (28,165 kph) necessary to get into space.

It's really quite the opposite of the Rallycross Supercars – lots of grunt aimed at top speed rather than outright acceleration.