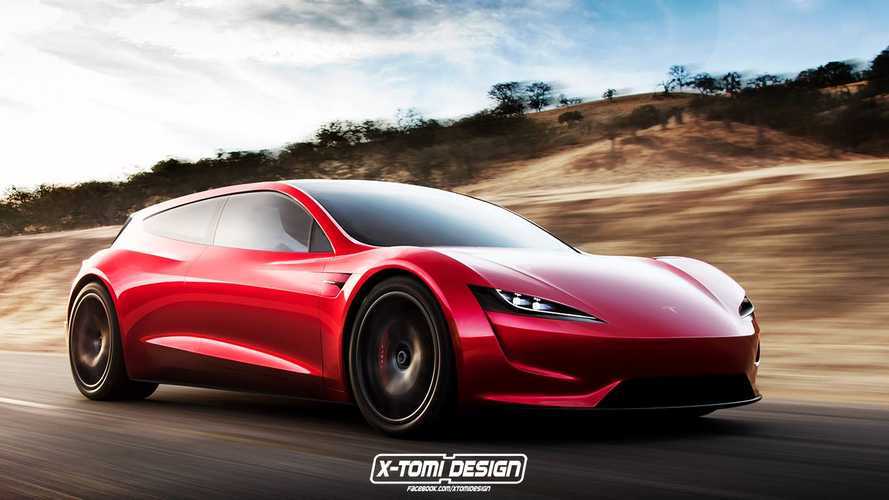 It didn’t take long for the new Roadster to get a long roof.

Just days since Elon Musk’s surprise reveal of a new Tesla Roadster and there are already renders of what else it could become. In this case, we start with the ever-popular shooting brake because honestly, who wouldn’t want a bit more practicality in a car that can hit 60 miles per hour in less than two seconds?

X-Tomi Design is behind this render, which adds a beefy backside to the new Roadster. In profile, the car adopts something of a Hyundai Veloster look, with the extended roof sloping down ever-so-slightly to meet an elevated rear. Of course, such a design change would also require a name change since it technically wouldn’t be a roadster anymore. Then again, we suppose a removable targa roof could still be implemented. Tesla Targa Shooting Brake anyone? It could work.

In reality, the new Tesla Roadster already has a bit of extra space in back as compared to the original, which was based on the two-seat Lotus Elise. Specifically, the new car is technically a four-seater though we can’t imagine anyone with legs – or heads –  actually fitting into the back. A shooting brake would at least help a bit with the headroom, but that would also kill the smooth lines that give the Roadster a rather shapely bottom. We love long roofs, but perhaps this one is best kept as-is.

Tesla was clear during the Roadster’s reveal that this car is still a prototype, so some design changes are likely before it hits the streets in 2020.