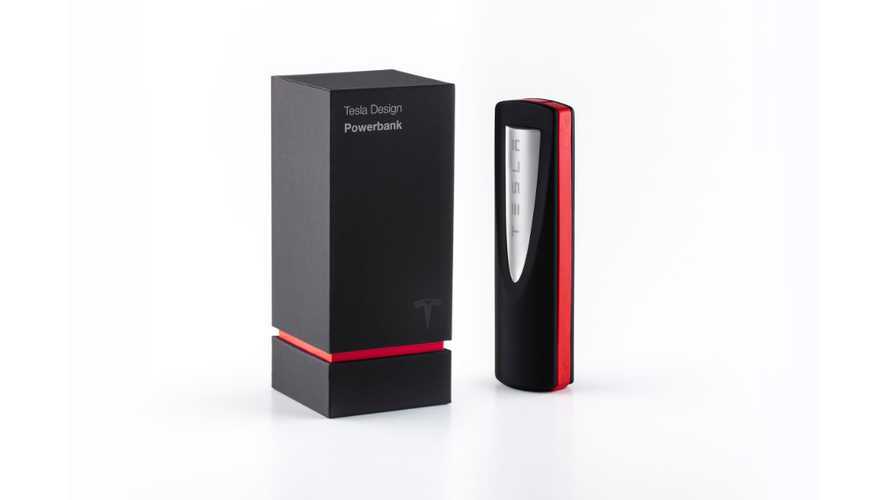 Tesla has started finding other uses for its batteries, or perhaps just a way to make a quick buck.

Smartphone battery packs have become pretty popular as of late. As much as people use their devices, and are on the run, often we may be found with a low battery when we need it most. Now that these phone battery packs are plentiful, you can get one on the cheap. That is, as long as it isn't a Tesla Powerbank, which is designed to look like Tesla Design Studio's Supercharger monument.

The Powerbank runs $45. It uses just one 18650 cell with 3350mAh capacity. But, it has the Silicon Valley automaker's moniker on it, sports a sleek, stylish design, and uses exactly the same battery cell that powers the Model S and X.

You can find battery packs with comparable capacity on Amazon for about $10. For around $20, you can get even more powerful units. Finding similar products with a USB, micro USB, and Apple lightning adapter, as well as the same output as the Powerbank is not quite as easy. However, there are some out there in the $30 range. So, now we're only looking at a $15 upcharge for the Tesla-branded unit. If you need all three adapters, and you're an Elon Musk fan, it might a decent proposition.

Perhaps it would make even more sense as a gift idea for the Tesla owner in your life. The automaker was smart to offer this new product just in time for the holidays. Just the other day it was already sold out, but at the time of this writing, it appears to be available.