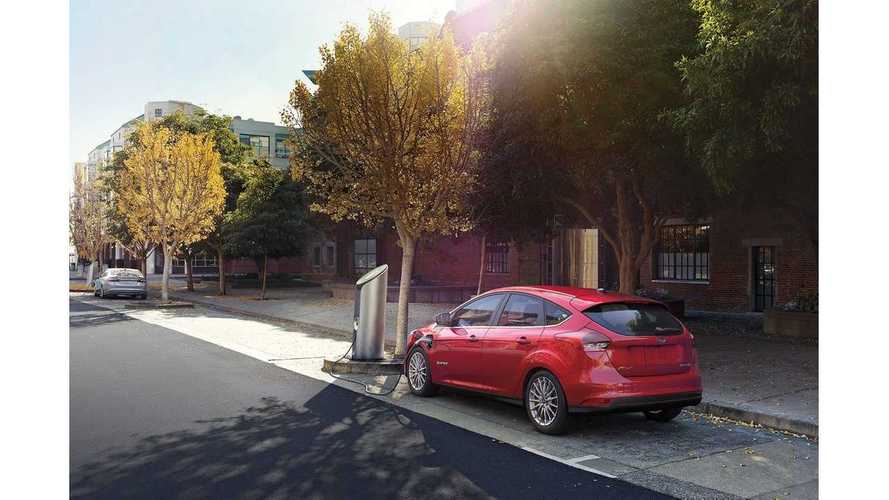 The Volkswagen e-Golf and Ford Focus Electric both got a major upgrade for the 2017 model year, with their battery capacities upgraded by about 50%.

Editor's Note:  We would be remiss to not mention that the "2017" model year e-Golf just recently arrived in the US and Canada, after being held back for the majority of the year while waiting on the company to sell-through a 'whack' (technical term) of its older 2016 model.  So one needs to consider  that there is a rapid depreciation issue today in buying a "new" 2017 of a VW lot, especially as the majority of other models have the "2018" tag on them.

Looking into these EVs' new range abilities, The Straight Pipes has decided to review the updated cars side-by-side, during a 200 km (124 mile) range challenge.

And as it turns out, the e-Golf did the job with a small amount of range left, while the Focus Electric run out of electrons (further validating the accuracy of the US/EPA range ratings system to the real world). But ultimately, the review is much more than just a range comparison.

The Straight Pipes is entertaining in the way it discovers that the e-Golf is better car in terms of quality, tech, and trunk size - winning the mini-comparison contest between the two.

The bigger winner is however the absent Hyundai IONIQ Electric, which was tested earlier and deemed even superior to the e-Golf. The IONIQ Electric, despite a smaller 28 kWh battery, is a lot more 'slippery' on the road, and therefore has a 124 mile (200 km) EPA range, and an effective price of $22,835.