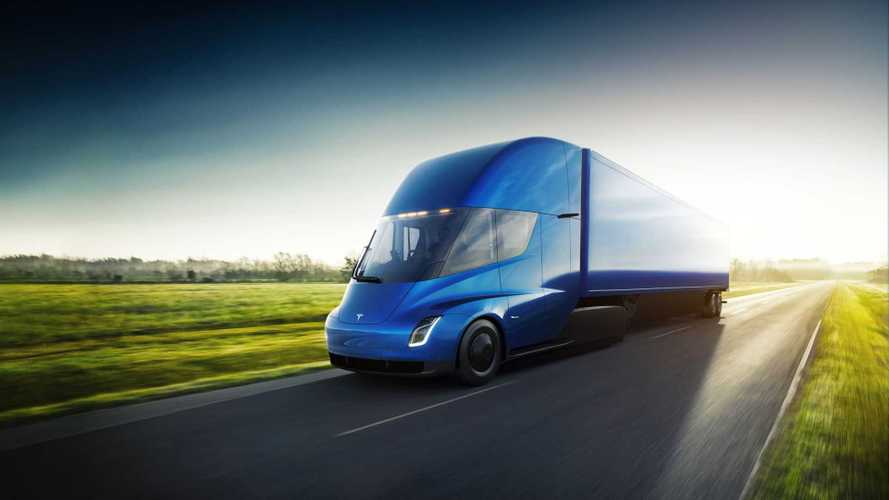 Ryder has yet to disclose how many reservations will be placed (each requires a $5,000 deposit), but first deliveries are tentatively expected in late 2019.

An earlier media report notes that many of the largest truck fleet operators have decided to reserve the Tesla Semi - J.B. Hunt Transport Services placed “multiple” reservations, Wal-Mart opted for 15 - 5 for U.S. and 10 for Canada tests, Meijer, the Michigan-based grocery chain also picked up 4 copies.  However, the largest confirmed reservation placement comes from Canadian grocery store chain, Loblaws with 25 to be put into service.

The stated 500 miles of highway range (800 km) promised by Tesla surprised almost all analysts, but there are still plenty of doubters, as the industry has yet to find out the price and specific cargo capacity.  WSJ reports:

"The battery’s weight could also be an issue, as heavier trucks can carry less freight. “As presented it is hard to argue that the Tesla semi … can do anything a diesel truck can do,” Bernstein analysts said in a research note."

Some companies have gone on record as not considering a future switch to the Tesla Semi:

"“The limited 500-mile range of the Tesla truck hinders our ability to be an early adopter,” Greg Hirsch, a senior vice president at trucking company Daseke Inc., said in an email.

The company specializes in hauling oversize industrial equipment and materials, often over long distances. “There will need to be an over-the-road infrastructure put into place prior to us being able take advantage of this technology.”"