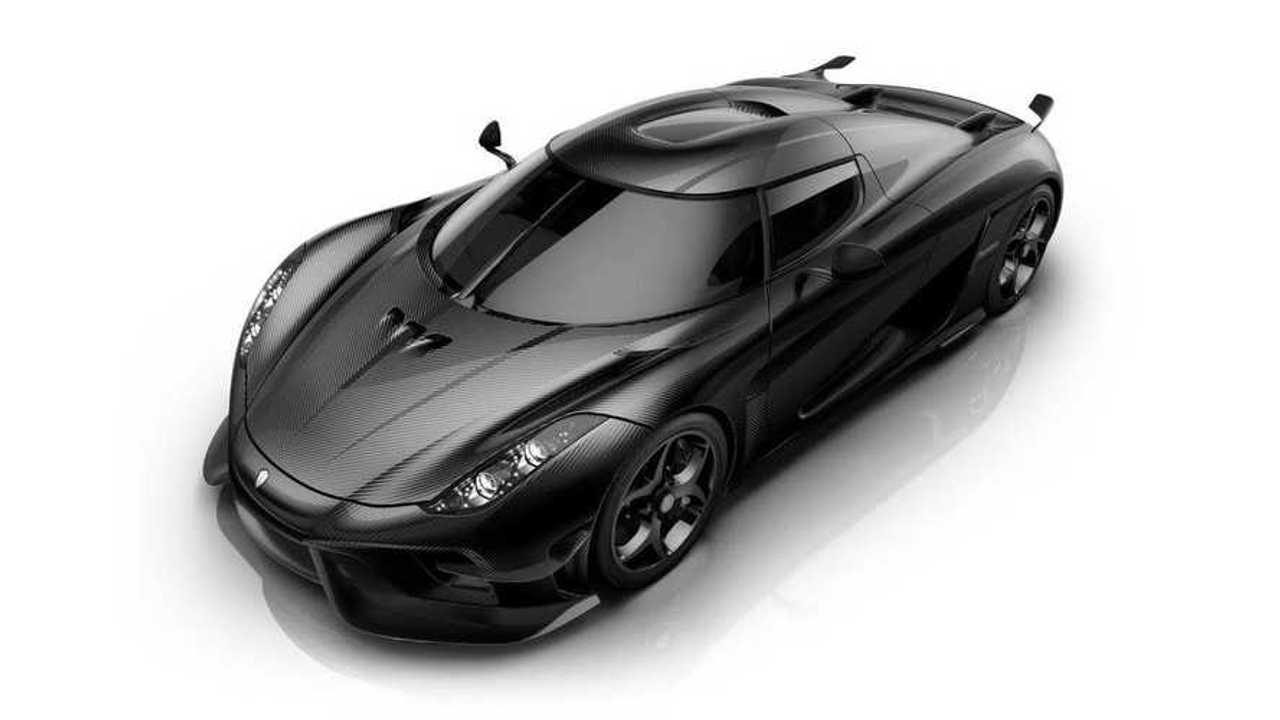 Removing the Regera's combustion engine would turn it into the most advanced EV in the world, says company boss.

Koenigsegg was founded nearly a quarter of a century ago, but it wasn’t until 2002 when company’s first production model, the CC8S, was delivered to a customer. Fast forward to present day, the Swedish niche marque has assembled a total of only about 120 cars – enough to put the company on the high-end automotive map. The most popular model of them all is undoubtedly the Agera RS, officially the world’s fastest production car after that magical weekend in Nevada last November when it took down an additional four records.

Electric Supercar Sells Out - Rimac C_Two Sells Out Before Its U.S Debut

While the Agera RS may be getting all the attention these days, let’s keep in mind the Regera pictured here is actually Koenigsegg’s flagship. Already sold out, the hybrid hypercar will be produced in only 80 examples at about $1.9 million a pop. Armed with a biturbo 5.0-liter V8 and three electric motors, the Regera catapults itself to 62 mph (100 kph) in 2.8 seconds and tops out at more than 250 mph (400 kph).

The Regera is a clear sign that Koenigsegg is ready to embrace electrification and could serve as a preview for a future entirely electric hypercar. Indeed, founder and CEO, Christian von Koenigsegg, had a chat with Auto Guide during the Canadian International Auto Show about the company’s EV agenda. The head honcho argued that by removing the Regera’s internal combustion engine, it could effectively turn it into “probably the most advanced EV in the world.”

He went on to specify the Regera’s electric hardware alone is good for approximately 700 horsepower and its battery pack weighs as little as 70 kilograms (154 pounds). Christian claimed the company’s latest gem “has the world’s first homologated 800V propulsion system” and at the same time “the most extreme battery system ever created for a road car.”

These arguments prompted the man behind Koenigsegg to say:

“So in one way we’re kind of on the bleeding edge on EV technology, but it’s sort of hidden by the fact we also have a combustion engine in there.”

One way to do things in the future would be to increase the EV component of the powertrain without getting rid of the ICE to create powerful hybrids, but ultimately, Christian believes fully electric models will come as a direct consequence of the continuously developing technology.

But there is a problem with entirely electric vehicles, and that would have to be the noise. While EVs are not entirely silent, the sound generated by these zero-emissions cars is not exactly appealing when compared to the grunt provided by a big V8 engine. For this reason alone, Christian von Koenigsegg believes the Regera offers the best of both worlds by combining the benefits of an electric powertrain with the aural experience of an ICE-powered car.

Rest assured that Koenigsegg’s efforts regarding electrification won’t be about increasing efficiency as the company is more interested in boosting performance. With the conventionally powered Agera RS technically being able to hit the 300-mph mark, the future certainly looks bright for performance EVs since these bring improvements on basically almost all fronts compared to cars powered solely by ICEs. Well, with the exception of noise…