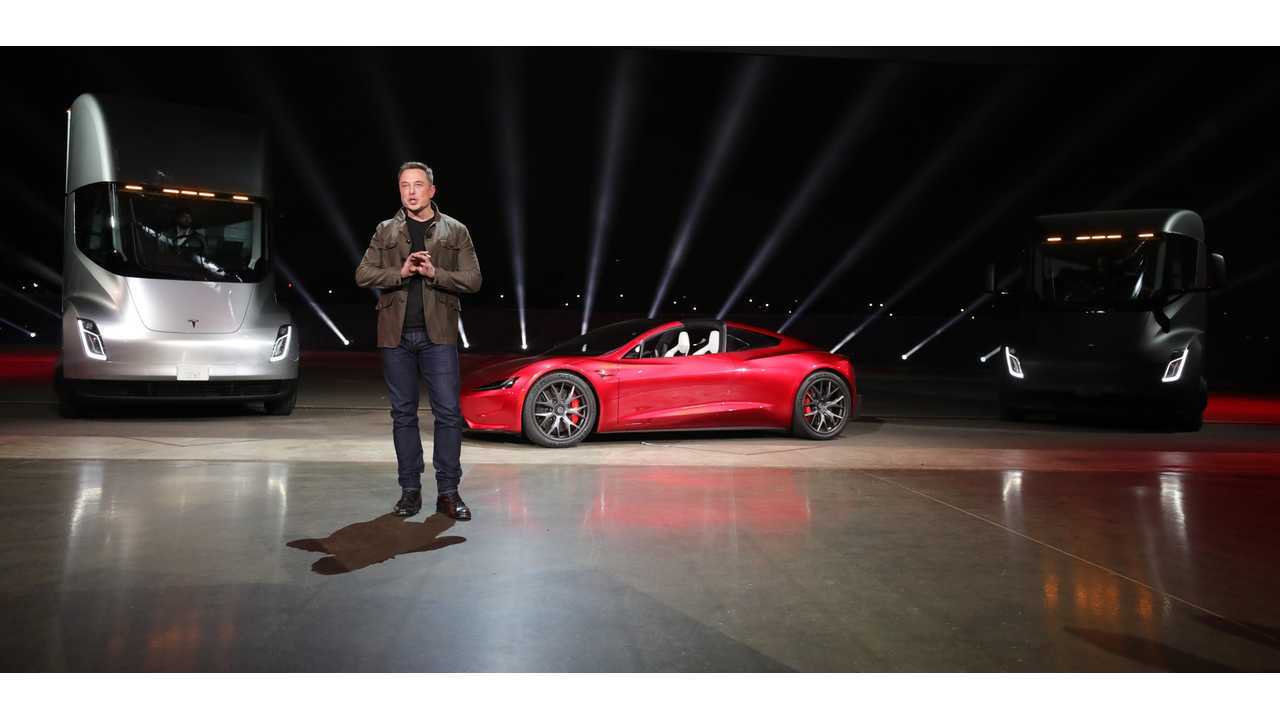 Tesla CEO Elon Musk surely seemed a bit "different" at the Model 3 handover event, and now we know why.

We noticed pretty quickly at the event that Musk seemed off. The event didn't come off as expected, at least from the Musk side of things. We initially equated it to nerves since the Model 3 reveal was perhaps the most publicized event in the automaker's history. Or, later we thought, perhaps it was because he was secretly rushing from a last-minute media test drive to the event, and the whole day had been reconfigured multiple times (but this is a typical day for Musk).

We recently shared a story about the popular CEO getting his wish of appearing on the cover of Rolling Stone. Inside the publication is a telling interview/article about the iconic leader.  The truth is, Musk was heartbroken over his recent breakup with his actress girlfriend, Amber Heard. He told Rolling Stone:

“I was really in love, and it hurt bad.I’ve been in severe emotional pain for the last few weeks. Severe. It took every ounce of will to be able to do the Model 3 event and not look like the most depressed guy around.

For most of that day, I was morbid. And then I had to psych myself up: drink a couple of Red Bulls, hang out with positive people and then, like, tell myself: ‘I have all these people depending on me. All right, do it!'”

Musk's split with Amber wasn't officially publicized until about a week after the Model 3 event. However, now he's made it clear that it happened prior to the celebration. According to Fortune, the initial report in People explained that Musk and Heard were actually very serious, thought their schedules didn't allow for them to successfully continue the relationship. The breakup was also shared via Instagram. However, it's somewhat buried in the comments of a post by Heard.

Put a fork in it ?:@jessicakovacevic

"Btw, just to clear up some of the press storm this weekend, although Amber and I did break up, we are still friends, remain close and love one another. Long distance relationships when both partners have intense work obligations are always difficult, but who knows what the future holds."

Interestingly, Musk went so far as to ask the Rolling Stone interviewer if he had any suggestions for someone Musk might be able to date. Apparently, the busy CEO has trouble meeting people. He questioned the interviewer and even admitted that he can't be happy without love:

“Is there anybody you think I should date? It’s so hard for me to even meet people.

If I’m not in love, if I’m not with a long-term companion, I cannot be happy."

The interview is surely very telling and worth the long read. Check it out at the link below.