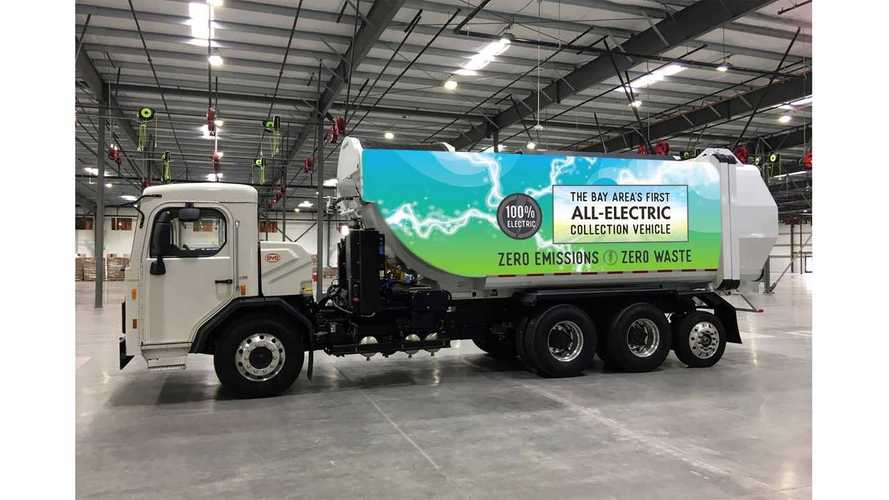 The refuse truck was supplied by the BYD, which is just now entering the EV truck market in the U.S.

The truck can go 65-75 miles on a charge utilizing a 178 kWh battery - that can be recharged in just two and a half hours. BYD first unveiled the prototype six months ago.

Its quiet operation makes the electric refuse truck perfect for both early or late operation.

Palo Alto seems pretty happy to get the EV:

There is another “first” for Palo Alto as it gets ready to roll out the Bay Area’s first all-electric refuse collection truck. Contractor GreenWaste of Palo Alto will participate in a one-year pilot, testing the truck on the garbage, compost and recycling collection routes of residential customers. The electric vehicle is also recognized as the first full-size, fully automated side loader collection truck in North America. It will be unveiled outside King Plaza on Monday, Nov. 13 at 4:30 p.m. and touts benefits including:

In September, GreenWaste received the prestigious Gold Award for Recycling Excellence from the Solid Waste Association of North America. The highly acclaimed Gold Award was presented to GreenWaste for technical innovations at its Materials Recovery Facility in San Jose. The facility features state-of-the art technology and boasts a 98 percent materials recovery rate for recyclables.