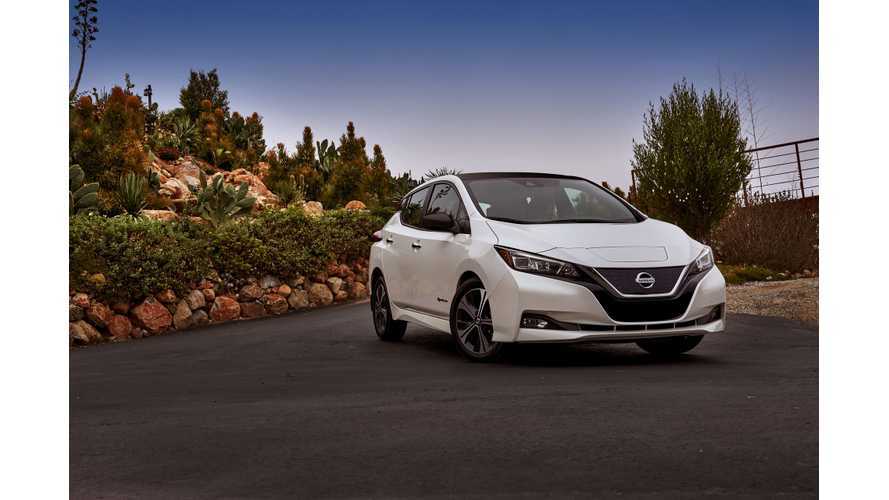 A record four EVs make the Motor Trend Car of The Year candidate list, including the Tesla Model 3 and 2018 Nissan LEAF. The list also gets a few hybrids, one of which has a plug.

Yes, as we've recently shared, 2017/2018 are seeming like the years for the EV. This is yet another story to support that claim. Aside from the Model 3 and the new 2018 LEAF, Motor Trend Car of the Year contenders include the Hyundai IONIQ EV and Smart Fortwo ED. The traditional hybrid IONIQ is also on the list, joined by the hybrid Kia Niro, but even better, the Toyota Prius Prime (plug-in hybrid) is on board too.

The Toyota Prius Prime will join the Tesla Model 3 and 2018 Nissan LEAF in hopes of securing the Motor Trend Car of the Year award.

As Motor Trend explains, the automotive industry is in "mutation" mode. Lithium-ion batteries are becoming big business, not to mention a multitude of active safety features, including the advent of self-driving cars.

The publication's car of the year process is nothing short of monumental. It begins in Mojave, California at Hyundai's testing facility. A week of closed-course tests begins the process, followed by two additional days of "real-world" testing in Tehachapi.  During the first week, the group of candidates is narrowed down to eight. Only those eight proceed west to Tehachapi, where they undergo a myriad of rigorous tests on a 27-mile real-world loop. Motor Trend writes:

"Every step of the way we remind ourselves of our competition’s six foundational criteria: Advancement in Design, Engineering Excellence, Performance of Intended Function, Efficiency, Safety, and Value."

Getting this long list of cars down to one is no easy task. The rules are all easily subjective and there are several judges. To say that these judges don't agree on many an automotive subject would be an understatement. However, that's the type of process that makes such awards fair and respected.

It's a bit shocking to hear that Tesla has provided Motor Trend with a Model 3. It's not the fact that it's Motor Trend, however, since it's the only automotive publication that had a special opportunity to drive the car mere hours before the Model 3 handover event. The shocking part is that Tesla has a car to provide and that despite production problems, unfinished vehicles, and the automaker's previous choice not to participate in the similarly significant (and arguably more prestigious) North American Car of the Year (NACTOY) competition, Tesla is moving forward with this one.

It could be looked at as good news, however, that Tesla is more prepared to provide a fully functional, competitive Model 3 at this point than the automaker was just a few months ago. We can only hope that one of these EVs can make some waves this year. With the Chevrolet Bolt's victory last year, that would mark two years in a row for the segment!