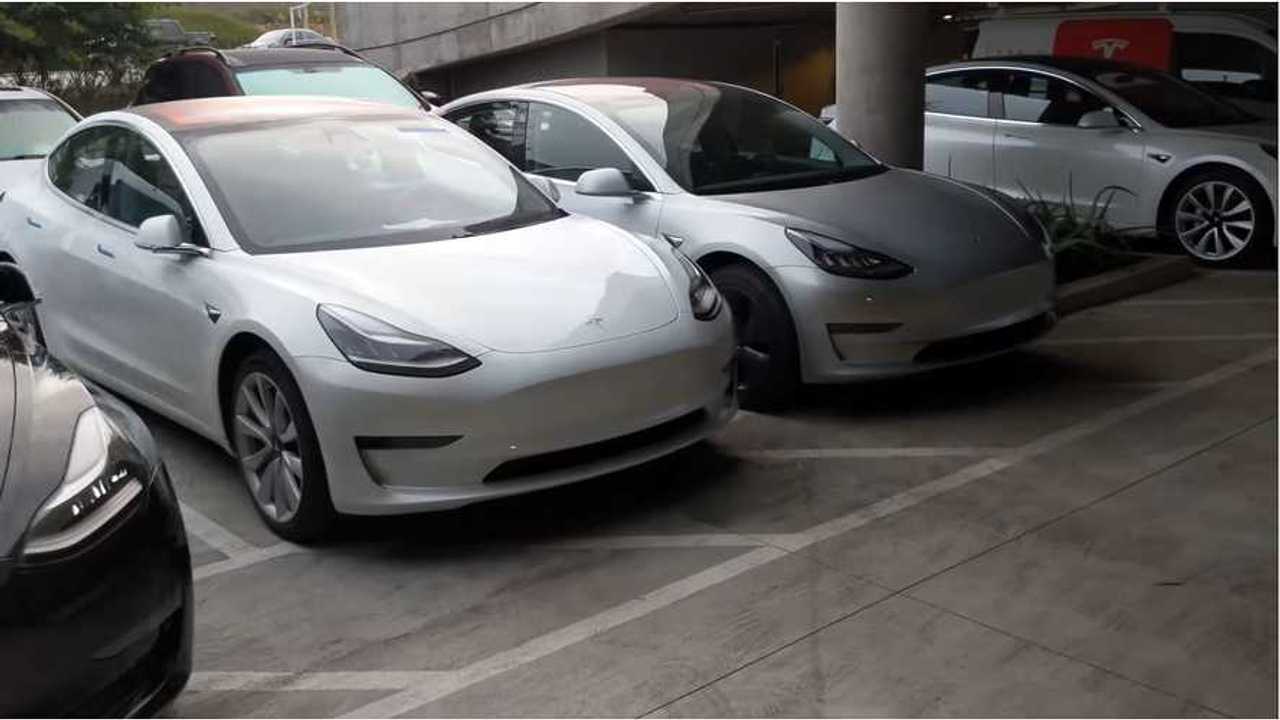 Does Tesla have a previously unknown hiding place for finished vehicles and overflow or is there more to the story? Delivery ready Model 3 vehicles ... or no?

Not long ago, a parking garage in Playa Vista, California was discovered to have a slew of Tesla vehicles just hanging around. Included are some 20 Model 3 sedans (which appear to be completed, but who knows?), 50 or more Model S and X vehicles, and a few service vans.

Of course, as soon as someone discovers such a gem, people flock to the spot to take pics and video, and along comes all of the assumptions. Playa Vista is not too far from the Tesla Design Center in Hawthorne, CA, but, as Electrek points out, it's in much closer proximity to Tesla's newly acquired property in Marina Del Rey (Silicon Beach), which we previously reported may end up being a storage/delivery area for Tesla vehicles.

Others have reported that some Model 3 vehicles are coming out of Fremont unfinished. This would mean that these cars would need to go elsewhere until production is finalized and they're delivery ready. We have no way of validating such claims. However, it wouldn't be such a bad thing if Tesla is ramping up production and getting these cars through a majority of the process, in order to keep moving forward. An almost completed car, which may be awaiting a simple fix, update, or part, is exponentially better than a stopped assembly line.

There are all sorts of Tesla vehicles at this location

Further suggestions point to the cars simply awaiting delivery, and the Model S and X vehicles could be inventory models or customer orders, as well. The fact that the vans are at the site suggests that Tesla just doesn't have room for all of these vehicles in Fremont and at SpaceX. This will obviously become much more of an issue when Model 3 production begins to peak. Perhaps the automaker is finally beginning to move more cars through the assembly line and numbers are growing more quickly now.

Finally, Tesla has talked about getting Model 3s out to its showrooms. Maybe these vehicles are eventually headed to a Tesla store near you?

Check out another look at the goods below: