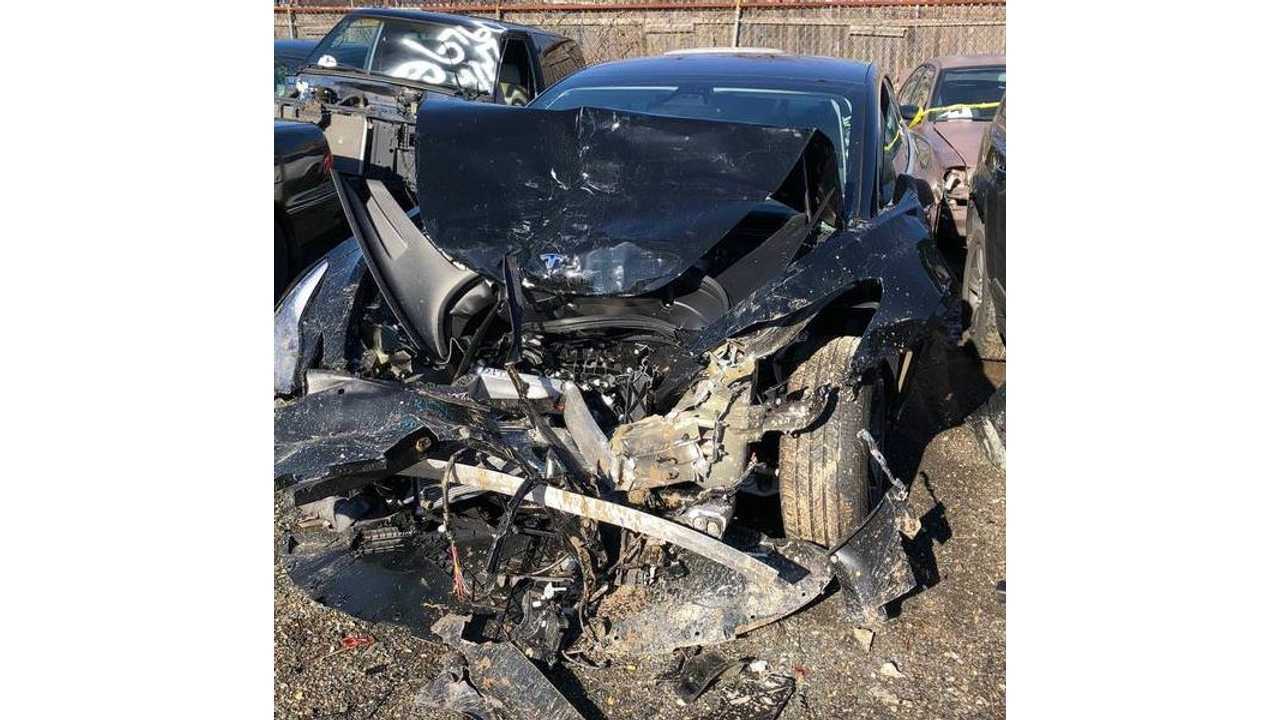 Despite a 60 mph direct collision in his Tesla Model 3, this driver and passenger step away relatively unscathed.

Take a compact sedan and run it squarely into a stopped vehicle at 60 mph and see what happens. The pictures are proof enough. The paramedics, tow truck driver, and others at the scene were shocked that the driver and passenger were okay. If this had been an ICE car, with an engine to make its way into the passenger compartment, the results would likely have been devastating. The driver shared on Reddit (via Teslarati):

“Everyone from the paramedics to the tow truck driver said that people don’t usually walk away from this. Had this been a regular ICE vehicle, I would be dead or in a lot worse condition.”

He's certain that the Tesla Model 3 saved his life. This tends to be a recurring theme for Tesla vehicles. It turns out, crumple zones work a heck of a lot better when there's a hollow "frunk" up front instead of a hefty engine. The car's cabin was almost completely intact, even though the front end of the vehicle was obliterated. This was obviously an extremely serious accident, but the driver only injured his foot on the gas pedal.

Interestingly, the two most troubling issues related to the whole situation both involved the Model 3's touch screen. The passenger suffered a gash from the screen shattering and the driver couldn't access the glovebox to retrieve all of his necessary paperwork without the use of the touch screen. Tesla CEO Elon Musk took to Twitter to announce that he's already on top of taking care of these issues:

Adding software feature to open glovebox automatically when car comes to a stop after a crash. Will look at bonding a thin plastic sheet to the front or back of screen.

Needless to say, the car is totaled, but the driver has already put in another reservation to replace his Model 3. This article joins a long list of Tesla crashes that beat the odds and saved a life (or several).