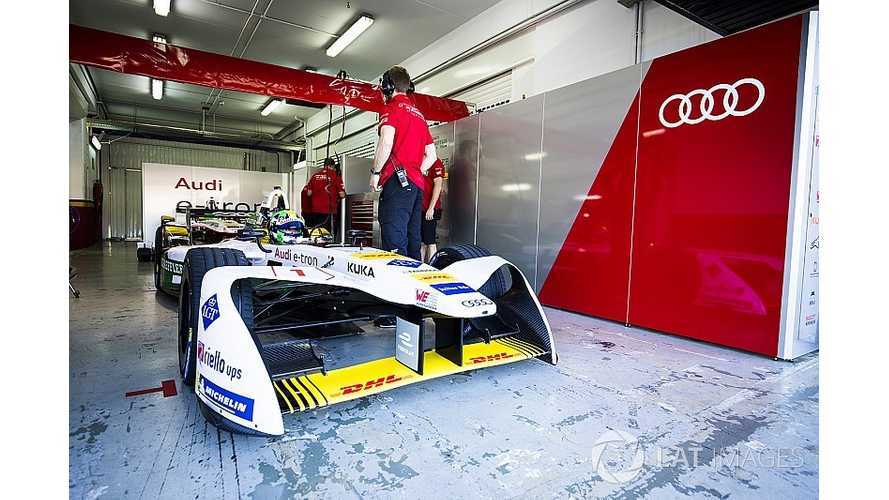 One of Audi Sport Abt Formula E team's key engineering members, who is also Lucas di Grassi's race engineer, will leave after the start of the 2017/18 season.

Franco Chiocchetti has been with Abt since 2001 and worked with the team in DTM and GT racing prior to its move into FE, where he acted as the team's technical director and di Grassi's race engineer.

He helped the Brazilian claim his first FE title in 2016/17, and with Audi making the entry a fully-works programme for 2017/18 was moved into a head of track operations role.

Chiocchetti is expected to remain part of the team for at least the Hong Kong opener.  Motorsport.com understands the team has identified his replacement from those already "fully involved" in the FE project.

A spokesperson for Abt thanked Chiocchetti "for all he has done as an ABT team member and wish him all the best for new challenges in the future".

Though Abt ran di Grassi to the 2016/17 drivers' title it was still outgunned by Renault e.dams in the teams' championship, and has not produced the best powertrain in either of FE's two seasons of open-technological competition.  However, after a significant increase in resource following Audi's takeover of the entry, the team looked the most impressive in pre-season testing.

As a mainstay of the Abt engineering team from the beginning in FE, Chiocchetti had been one of the key figures during the off-season.

"The thing we noticed the most is the amount of manpower that is now involved, and also their know-how" he told Motorsport.com at the official launch of the team at the end of September.

"I wouldn't say it's excessive but compared to what we had at Abt it's a big step forward. We started at Abt basically at grassroots and the Audi guys have so much knowledge.  It's been quite a good mixture, we've had the experience of the series, they've had the knowledge of the powertrains.

"It's been quite an interesting mix because the best technical solution is not always the best in FE. You need to find a happy medium and this is where we as a team were important in the development role, to guide them in the direction we believe is the right thing for Formula E."