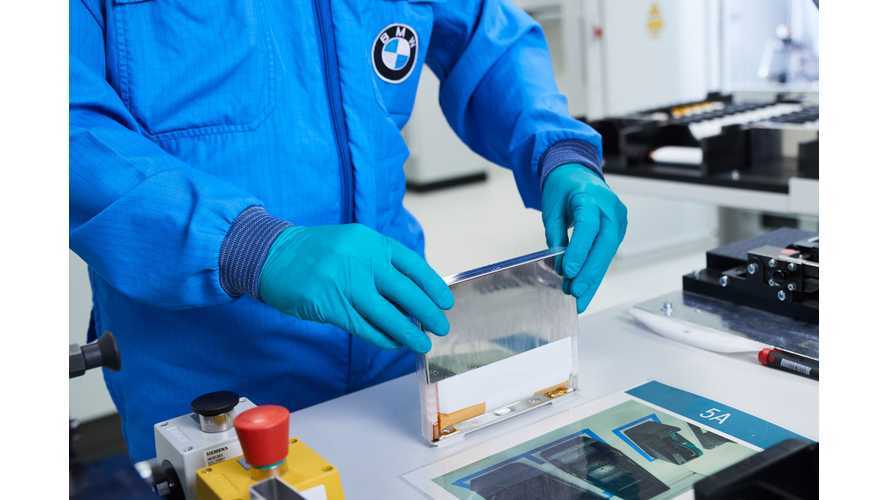 There's a race on in the electric vehicle world. One where a solid-state battery awaits at the finish line instead of the traditional checkered flag. It's a pretty crowded field, with entries from teams ranging from Fisker to Toyota, and one crew in particular is sounding confident about standing on that top podium step and achieving that coveted first mover status. Yup, it's those Bavarian bad boys at BMW.

At least, that's what soon-to-retire top marketing exec, Dr. Ian Robertson (HonDSc), would have us believe. He tells Autocar, which had published an overview of the British-born boss' career a few months ago, that he's confident about where the German automaker is at with regard to development of the technology. We're not so sure.

Last we heard, BMW had teamed up with Solid Power and, separately, was working toward a 2019 opening of its Battery Cell Competence Center to develop new energy storage technology and assemble some packs for production vehicles. They haven't recently announced a timeline for introducing the tech, but a year ago, it had named 2026 as when we would see solid state batteries in its cars. In this latest interview, Robertson himself had said, "Solid state batteries are already working in the lab, but bringing them to production is proving incredibly difficult," from which we infer that they aren't exactly on the brink of commercial production.

Meanwhile, Hyundai has said it's already begun some small-scale production, and relatively tiny Fisker showed off one of its flexible solid state cells alongside its eMotion at the Consumers Electronic Show (CES) in early January. For its part, Toyota, which also partners with BMW on battery and hydrogen fuel cell technology is reportedly readying the release of a car with solid state batteries in 2022.

Really, until someone actually demonstrates a solid state battery with performance superior to today's lithium cells, it's anybody's guess who will be the first. Maybe it will be BMW, but despite the bravado from Mr. Robertson, it seems unlikely.