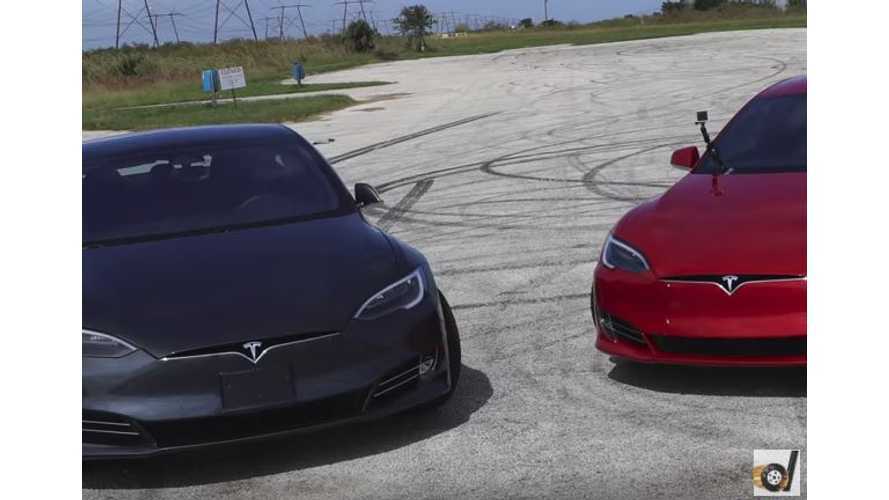 DragTimes recently tested the two side-by-side in an effort to answer that exact question, after the standard 100D's full performance was unlocked by Tesla this Summer.

The result? Well, that depends on how much you think a 1-second difference from 0 to 60 MPH is worth.

We test out the Tesla Model S P100D with Ludicrous Plus mode against it's less expensive sibling, the 100D to see what the 1 second performance difference to 60 MPH looks like in a stop light race.

In our opinion, the Model S 100D is more than quick enough, so we'd save that extra $36,000 and perhaps put it towards something like a Tesla Model 3 or a new Nissan LEAF, but if ultimate acceleration is your game - there is really still only one option.