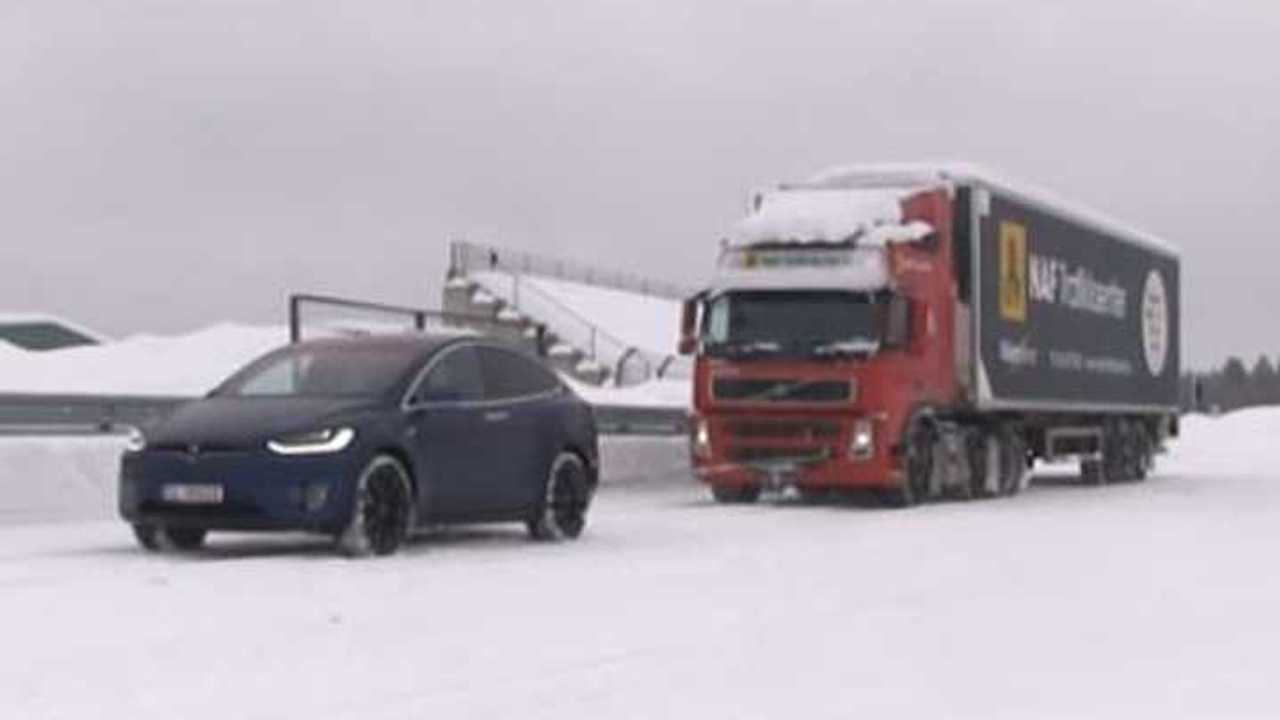 We've seen a Tesla Model X free a stuck semi before, but this video is way more impressive.

It's a Model X pulling a semi with a big 'ol trailer behind it on a very slippery surface.

Electric, plus AWD proves capable enough to tug this 95,000-pound anchor around.

"I know that this is not the first time a Model X pulls a semi. But in that other video, it was done with the help of the semi as well. And the Model X had poor all season tires not fit for snow and ice. I wanted to see if it was possible to pull a semi trailer despite having slippery surface like ice and snow."