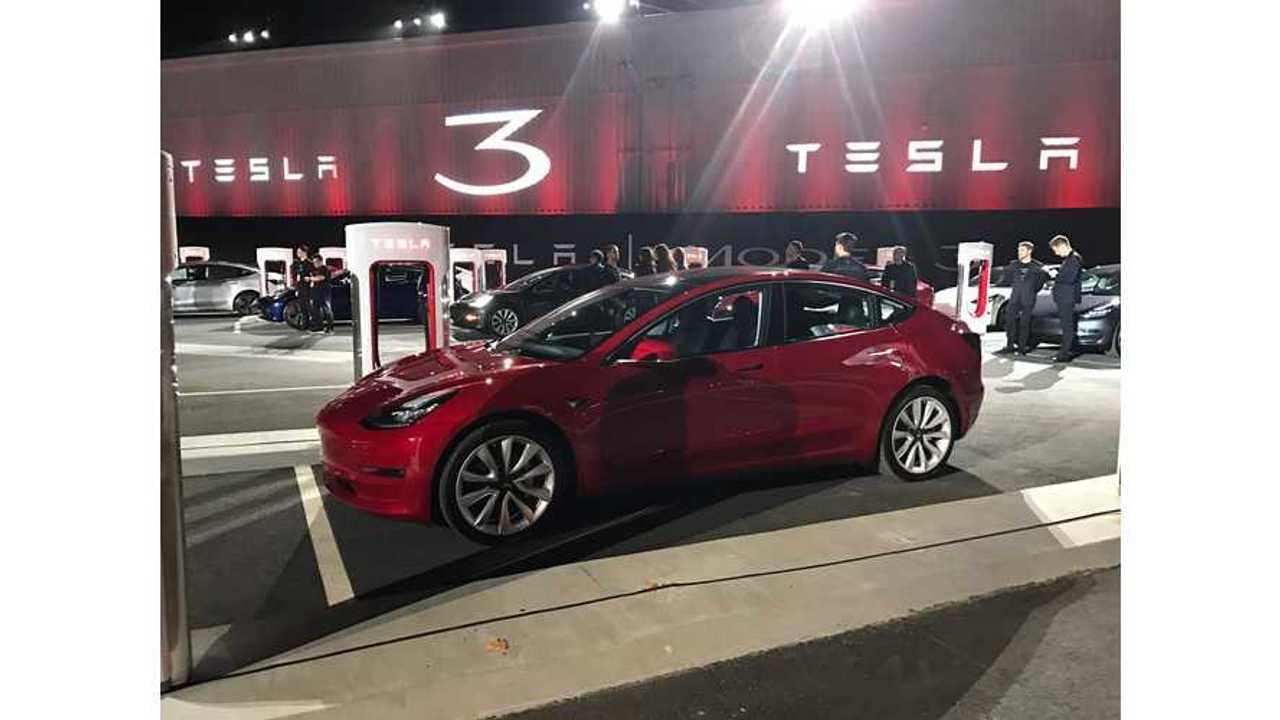 Even if a handful of Tesla Model 3 reservation holders cancel, the automaker still has hundreds of thousands of orders to fill, and it appears few are even considering canceling.

Bloomberg News asked 20 Model 3 reservation holders if they intend to cancel, and at this point, not a single one is doing so. Two of the 20 have considered it, but are still holding out. The publication interviewed dual reservation holder, Brian Lawley, who was one of the first in line to deposit money for two Model 3s some 20 months ago. Lawley shared:

“I just want Tesla to get the Model 3 right, even if it takes them an extra six months. I view any delays as a good thing to make sure that the quality is excellent.”

Many people uphold an incredible passion and continued understanding toward the brand despite its shortfalls and battles with timeliness. People are willing to support Tesla even if it's not going very well at the moment. Edmunds analyst Jessica Caldwell said in an email:

“It seems to me that people would be willing to wait since they were never given a firm date when they would take delivery in the first place. The long wait seems to be building anticipation.”

Romit Shah, an analyst at Nomura, believes that people will continue to love Tesla and its products. In fact, his note to clients sustains Nomura's $500 price target, which is the highest on Wall Street. He added:

“We believe there is a real passion for the brand. It is bigger than loyalty because much of the enthusiasm comes from people who have never owned a Tesla. The only comparable we see is the iPhone.”

Reservation holders weren't really aware of Model 3 production issues for months following the handover event in July. The successful event and the timeliness of initial Model 3 production gave people a false sense of security that perhaps the automaker would be on target this time. However, those that are aware of Tesla's past would have been wise to assume (and they probably did) that production might not go as planned. However, they placed a reservation anyway.

The Tesla Model X was delayed and had its fair share of problems, yet 500,000 people flocked to reserve a Tesla Model 3.

Now, it's become abundantly clear that Model 3 production is way behind. Tesla is saying that it could be March before it hits the 5,000-a-week mark that it guided for December. Some reservation holders have only seen their estimated date moved back about a month, while others have been delayed three months. Based on Tesla's current situation, these delays are likely not a true indication of how far behind some people's cars may be.

The recent announcement that House Republicans intend to immediately eliminate the federal EV tax credit may complicate the matter even further. However, even if the rebate isn't repealed, Tesla will hit 200,000 vehicles sold in the U.S. soon enough (which harkens the wind-down of the $7,500 crdit 91-180 days later). If delays continue, a majority of those tax credits will go to Model S and X buyers, rather than Model 3 buyers. Nonetheless, Baird analyst Ben Kallo insists:

Some of the Model 3 reservation holders interviewed by Bloomberg seem to be okay with not getting the credit. New York attorney, David Tayar, said:

“It’s not like I would be getting a tax credit if I bought an ICE."

Nissan LEAF owner and Uber driver had really hoped for the credit. He made a point of getting in line overnight to assure an early reservation. He shared:

Despite numerous issues over the years, Tesla CEO Elon Musk has secured a notable fan base and people believe in him. They want Tesla to succeed and they want to be a part of it.

“I wanted to be early in line to get that tax credit.

If it goes away, I’ll just have to adjust my budget and pay. I’m not happy about the delays, but I’m willing to wait. We know that Tesla has made a few hundred Model 3s, so we know that it is real, and we know that more are coming.”

It continues to appear that some people are so enamored with Tesla and CEO Elon Musk that it honestly doesn't matter what the company does, they will continue their support. Tesla fans don't see the automaker in the same way that they see legacy OEMs, and they don't hold Tesla to the same standards. While this may not be fair in some people's eyes, there's an attitude that Tesla is a new automaker, a startup, something different, and its path is a difficult one, so Tesla should be cut some slack.

What do you think? Have you kept your reservation? Let us know in the comment section.