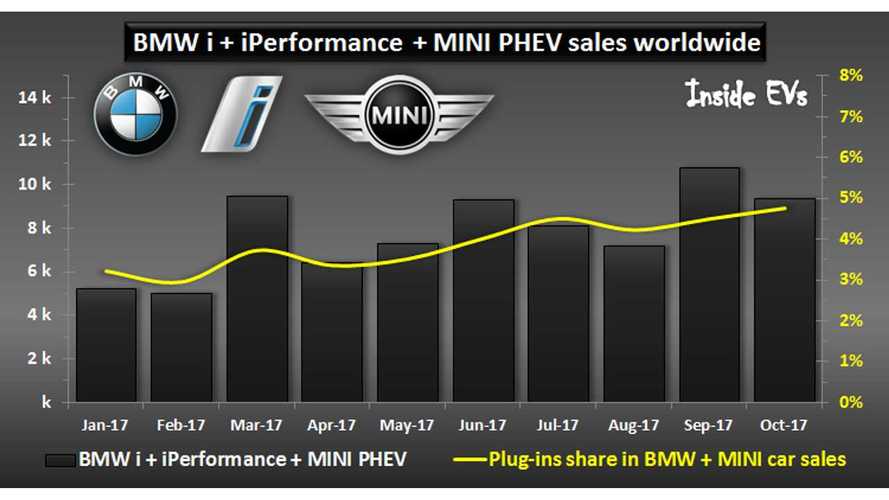 In October, the BMW Group wasn't able to repeat its best-ever, 5-digit September result, but it still did fairly well nonetheless.

In total, 9,405 plug-in BMW i Series, BMW iPerformance and MINI Electrics were sold.

That works out to a gain of 60.3% year-over-year, and also enabled the company to hit plug-in share of nearly 4.8% last month (still much higher than its traditional auto peers competing globally).

However, as strong as the results were, it might not been enough to help the BMW Group reach its target of 100,000 plug-in sales for 2017.

The i3 was one of the best plug-in models for BMW in October with 2,851 sales.

In the case of regional markets, there are some such as the US and France, where plug-in sales accounted for up to 8% of the total BMW Group sales (and as high as 30% in Scandinavia):

"In October, BMW i and iPerformance vehicles made up around 8% of total BMW sales in the USA, France, the UK and the Netherlands, with electrified sales in Scandinavia accounting for over 30% of total BMW deliveries.