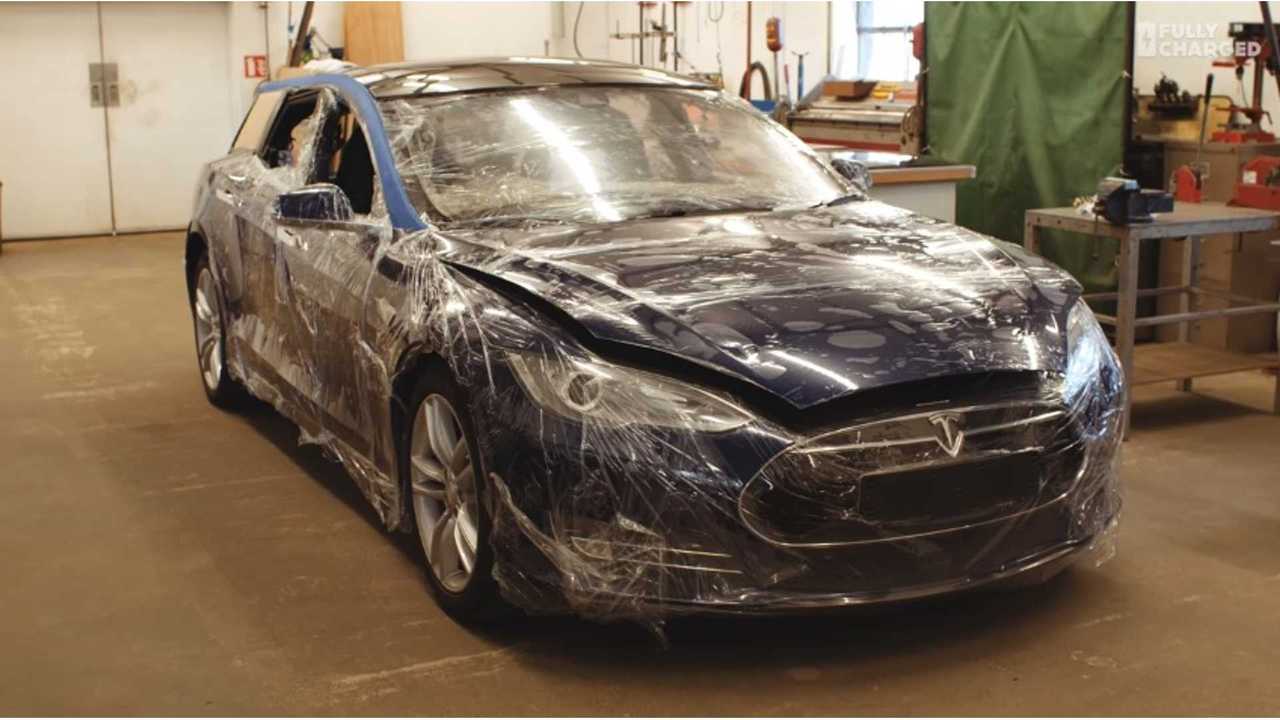 Earlier this Summer, we heard of a very special project in the UK that intends to build the Tesla Model S as an estate wagon (aka shooting-brake), now Fully Charged is on the scene reporting on the progress - which has been significant.

The goal of the project, besides making the Model S even more exclusive (outside of just the pricing), is to increase the practicability of the car, while not harming the distinctive look at the same time.   In this case, the conversion doesn't touch the power-train or batteries at all.

The first prototype is based on the Tesla Model S 90D, which has been provided by one of the team members.  The initial car should be completed by the end of this year.

All those interested in similar conversion will be able to order one thereafter.

"There may be a very slight Fully Charged - Scrapheap Challenge crossover in this episode. However, Jonny Smith takes part in a very high-end bit of bodging. Brilliant automotive engineers doing an incredible transformation. We are planning our 'Christmas Special’ will be done in the Tesla Model S Estate Shooting-brake. And it’s all because of Ted."