Season five will be, if you like, the coming of age for Formula E – it will be the start of a new era for us. The first four years were all about building the championship, starting from scratch when we had nothing there, but we had to create something and make it exist. 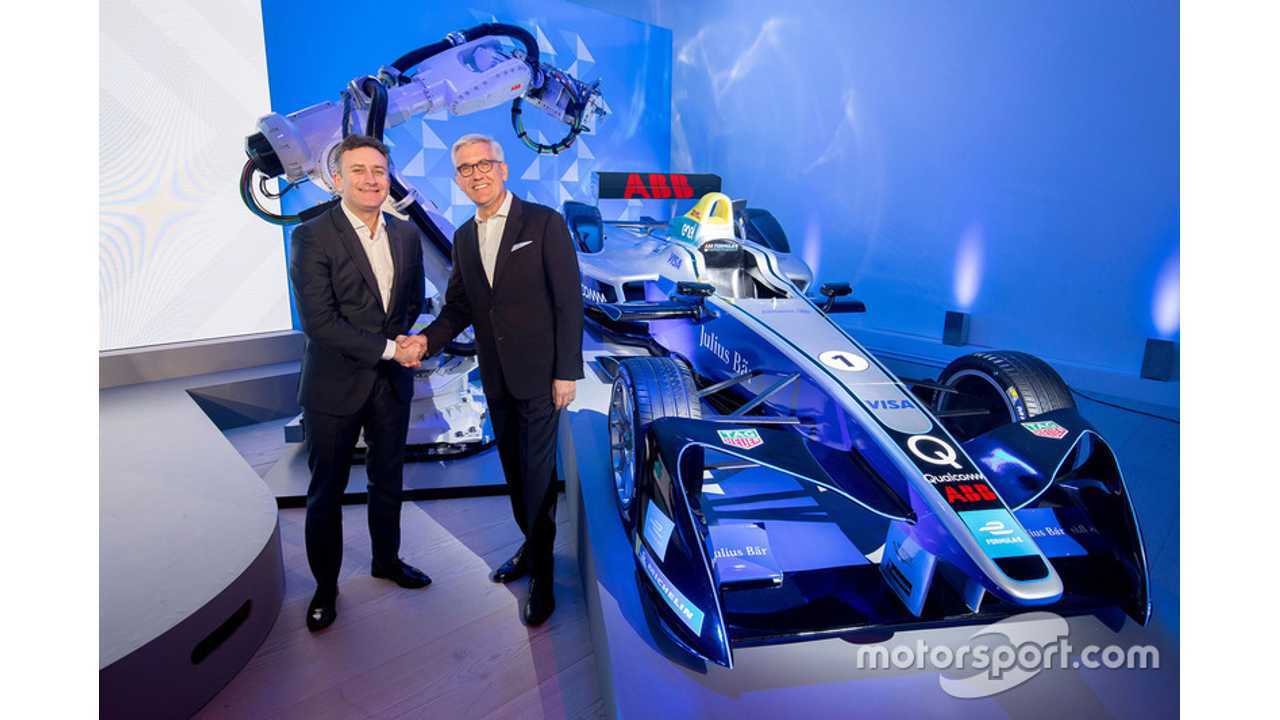 With our new second generation car, which we will launch officially at the Geneva Motor Show on March 6, we will really be showing the future of motor racing.

We’ve taken risks with the design, really pushing the limits and showing how the technology has followed. The new battery in the ‘Gen-2’ car will enable us to run full race distances without the need for a car swap in the middle of the race.

Maybe there will be a bit less drama with only one battery, because the car swaps have become quite an exciting moment – even more so in Chile where the drivers didn’t have a minimum time, so they were part of the race.

So in one way it will be sad to lose that aspect of the race, but at the same time I’m happy because we’re showing how much the technology is going forward. Anyway, we have some ideas that are going to make the races even more exciting.

We have a theoretical maximum speed of 300km/h with the new car, which is obviously faster and will be more exciting. If the ‘Gen-2' cars start to go incredibly fast, they will outgrow all the tracks and we would have to find some new venues but for the moment we will continue where we are.

This is really what we wanted to show from the beginning, but we didn’t know at the beginning if we would be able to deliver on our promises or not. Now, we can: the new image of the car and the increased battery capacity will allow us to take the championship to new places.

This will make season five a big breakthrough for us after four very tough but exciting years.

We never really knew what position we would be in at this stage. We thought that in season one we would cause some excitement and that we would get some attention, because we were something new.

But then maybe we would slowly fade away and season five would be the season when it all finishes. Instead Formula E is in its best moment ever.

That 1-2 result for Techeetah – the first 1-2 finish in Formula E – shows how important it is for us to protect the independent teams. It’s an example of how our rules can make the championship work for the future, with a protected space for the independent teams, who should always be able to be competitive thanks to tight budget controls.

That's going to be important with more manufacturers coming in: we have BMW for season five, Porsche in season six and Mercedes either as a factory team in season six, or via HWA in season five.

Clearly that gives a very big potential for Formula E to become a manufacturer championship if we’re not careful, but as long as we have a framework that allows independent teams to compete and replace the factory teams if they leave, then we will be ok.

But as long as we have strong independents it’s all fine because the championship will go on perfectly well. For the moment I am really happy that they are all here.

Of course challenges remain for us. Cities are the challenge because we have to learn to live with changing situations – they are living entities. If the mayor changes, then maybe the opinion about Formula E changes.

We have learned to live with this: we would like to have a permanent calendar but we have accepted that it won’t be possible.

It’s just part of what we are. We have asked the stakeholders – teams, sponsors and so on, ‘what do you prefer? A race track and have a permanent calendar? Or do we stay in city centres and have a bit of change and less stability?’

Every time they go for option two – they want to stay in the city centres. For the staff it’s a nightmare because it’s really tough to work in cities. It adds a huge amount of complication and logistical challenge. But we just take it on, because this is what we are.

Fans are our next big challenge. We do have lots of fans, especially in the digital space, which is exploding, but of course we need more. So the next phase for this company is to augment the reach and brand awareness of Formula E and that also takes time.

The new car will be a great asset to capture imaginations; it will help us get a lot more fans. They will love it when they see it going around the cities.

And that will be the message in Geneva on March 6: the future is here. The future of motorsport is here. It has arrived. You can watch it on television, you can watch it in cities around the world. This is what racing will look like and we have it now.

By: Alejandro Agag
++
++
Got a tip for us? Email: tips@insideevs.com