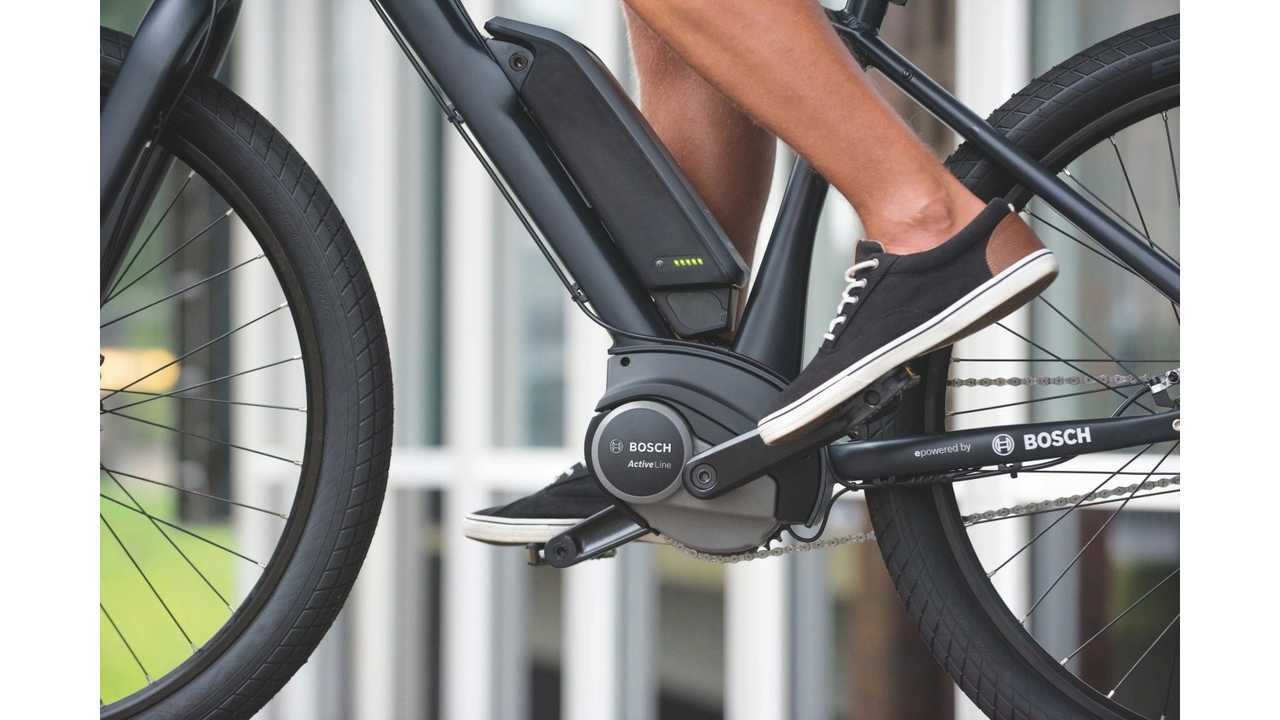 Bosch, as a supplier of key electric bike parts, encourages more than 100,000 of its associates to commute on electric bike, or at least an ordinary bike.

Check This Out - This $4,000 BMW e-Bike Has More Torque Than Some Cars

The main idea is to combine its products with promotion of low-emissions mobility for associates. Health and creativity were mentioned as additional advantages.

We should add that it some promotion for electric cars in the form of work charging stations would be a good idea too.

"Riding serenely past traffic jams, coming up with new ideas outdoors, or simply doing something good for the environment – cycling has a lot of benefits. From February 2018, Bosch associates have access to bicycles and e-bikes leased by the supplier of technology and services. The new mobility and healthcare offering is available to more than 100,000 associates in Germany. Together with employee representatives, Bosch has developed a corresponding combined works agreement."

"The fastest and most eco-friendly way to get around town

There are some 20 million commuters in Germany, half of which drive less than 10 kilometers to work. In urban areas, e-bikes offer the fastest way to travel such distances. A Bosch market study found that more than half of German residents believe that e-bikes offer a good alternative to cars. In addition, a third of those interested in an e-bike would want to use it for commuting purposes. Bicycles are not just the fastest way to get around in urban areas, they are also the most eco-friendly. Using public transit, for example, results in a carbon footprint ten times greater per kilometer traveled than an e-bike. Bike leasing can thus play a role in improving air quality in cities. The German government is also encouraging the use of bicycles, such as with an initiative to increase the share of bike traffic from 12 to 15 percent by 2020. For this purpose, they have allocated an annual budget of 200 million euros.

According to a British study, the risk of developing heart disease is 46 percent lower for people who ride their bikes to work than it is for people who commute by car or train. This is due to the fact that the combination of movement and fresh air strengthens the immune system, improves powers of concentration and responsiveness, and provides an increased sense of physical well-being. An endurance sport like cycling also has a positive effect on brain activity. The increased supply of oxygen improves cognitive abilities, while the rhythmic, circular pedaling motion provides for relaxation. Exercise also boosts the release of happiness hormones such as serotonin and endorphins – helpful substances for combatting depression."

Bosch associates can choose their bike – be it an e-bike or a conventional bicycle – at one of roughly 4,000 participating specialist retailers. Bosch then takes care of the contractual side of things. Insurance and service checks are part of the lease, and associates also have the option of insuring the parts that are subject to wear and tear. The point of contact for the duration of the leasing period is the local bike retailer. In return for use of the bicycles, a leasing fee is taken from associates’ gross salary. As in the case of company cars, there are therefore additional tax benefits for the associate."

"Associates of the Bosch Group in Germany with permanent contracts who have been with the company for at least three years have access to up to two bikes."

Christoph Kübel, member of the board of management and director of industrial relations at Robert Bosch GmbH said:

“With this mobility offering, we want to help improve air quality in cities as well as the health of our associates.”

“Cycling is good for body and mind. It also promotes creativity – because we don’t always have our best ideas sitting at our desks, but instead while doing things like exercise. This is why bike leasing is now one component of our working culture.”

“With this agreement, we have created a mobility offering for all associates. They can use the bike both for work and private purposes. Cycling keeps you fit, it is environmentally friendly, and it is often the fastest means of transport, especially in cities.”