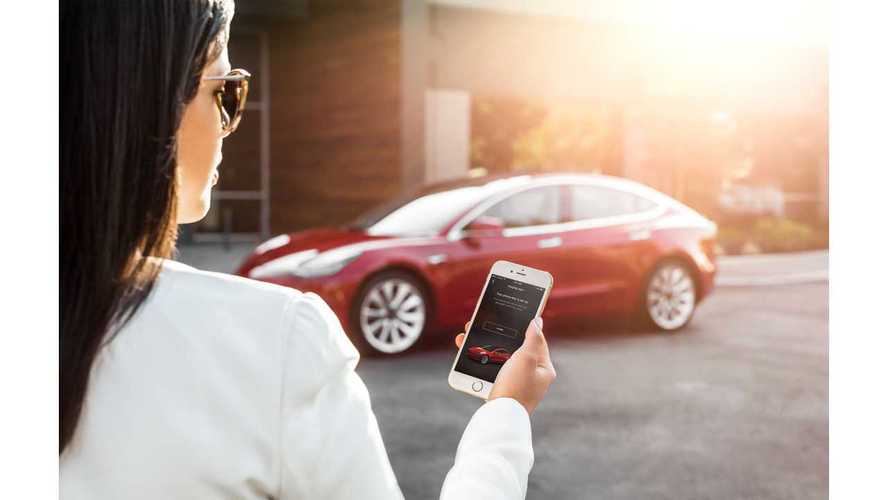 As reported by Teslarati via information gleaned from Reddit and Model3OwnersClub, the automaker's recent software update adds the Tesla Model 3 online owners manual (which can now be accessed through the car's touch-screen display), as well as a "Manage Your Phone Keys" feature (as shown above).

Instead of a traditional key, the Model 3 is accessed with your smartphone through an app. Each owner also receives a key card, which can unlock the car and allow it to start.

While this new technology seems like a great way to streamline the user experience, it also brings some potential concerns, especially since some related features are still not in place.

Apparently, due to the fact that many features were awaiting updates, prior to the new "keys" feature, owners didn't have the ability to manage specific smartphone access devices.

So, if you had given a family member or friend access to your Model 3 via their smartphone, or even a third-party (rental agency, detailer, etc.), this could be cause for concern. Also, something as simple as getting a new mobile phone could lead to frustration.

Now, with the latest update, owners will receive a Tesla Mobile app alert every time a new key is added or an existing key is removed. You can visit the "Locks" menu by accessing "Controls" on the touch screen, and it will list all devices. This way, the Model 3 owner can monitor devices and quickly add or delete them as needed.