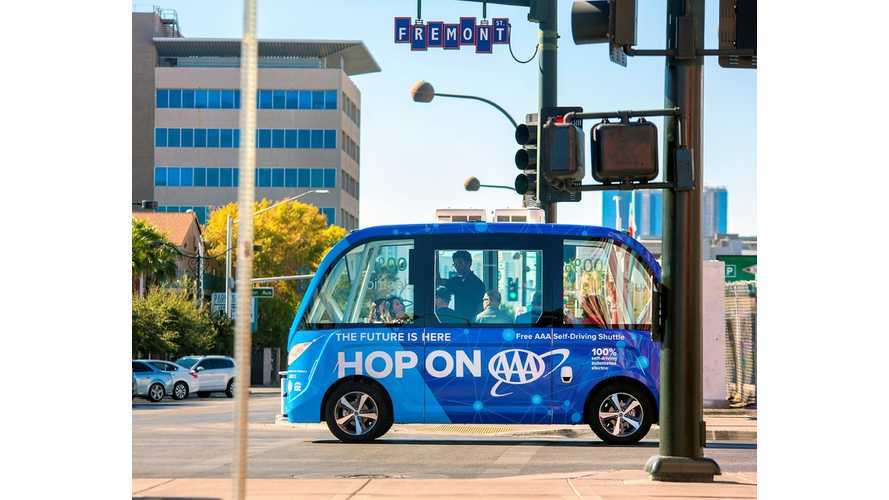 The cause of the collision is known - a semi truck backed into the stopped shuttle in an intersection. Fault was found because of the human error of the truck diver, who was then cited and a received ticket, however the accident appeared to still have been easily avoidable - had the shuttle taken appropriate and expected actions to avoid the incident.

And now the NTSB wants to learn more about “how self-driving vehicles interact with their environment and the other human-driven vehicles around them.”

Thankfully, the accident was not a serious one, as the Navya ARMA shuttle’s front end sustained only minor damage, and resumed service the next day.

However, the accident could have potentially be avoided if shuttle would have used its horn to alert the truck driver (as would be expected of a human driver) or simple reverse a few feet (the street was clear behind the vehicle at the time). These are areas were autonomous vehicles could be upgraded.

"Reporter Jeff Zurschmeide, who was on the shuttle at the time of the crash, said the self-driving vehicle did what it was programmed to do, but not everything a human driver might do.

“That’s a critical point,” Zurschmeide wrote on digitaltrends.com. “We had about 20 feet of empty street behind us (I looked), and most human drivers would have thrown the car into reverse and used some of that space to get away from the truck. Or at least leaned on the horn and made our presence harder to miss.”"

According to the Reuters, there have been 12 crashes in California alone since September. Eight Chevrolet Bolt EVs, tested by Cruise Automation, have also been hit, but at the technical fault of the human operators in other vehicles.