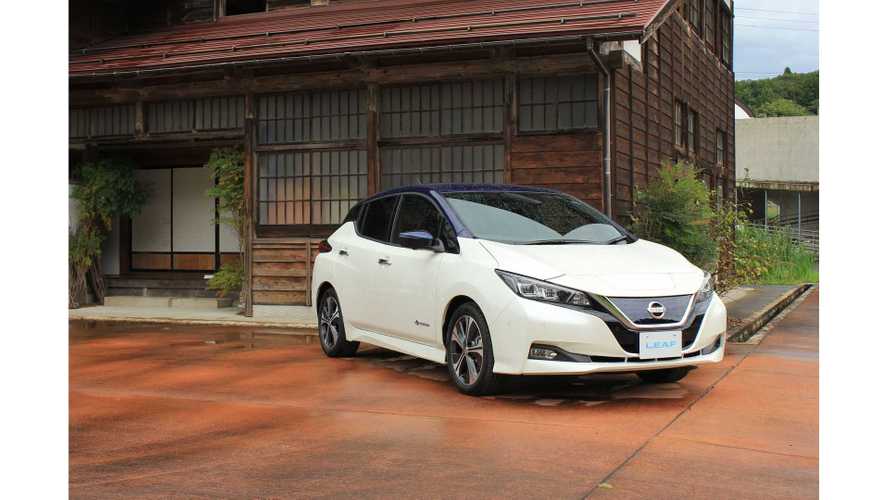 Though many details have yet to be released, a senator has revealed that the Senate's revised version of the most recent tax bill will keep the EV tax credit intact after House Republicans proposed its removal on December 31st of this year.

Senator John Hoeven from South Dakota shared the good news with the Financial Post. The publication recently provided a detailed account of the latest version of the Senate tax bill. Included was the following information in reference to Senator Hoeven's statement:

“The South Dakota Republican said the measure also preserves existing clean energy tax incentives such as for electricity production from wind. It preserves a tax credit for electric cars as well."

According to Automotive News, automakers haven't been pushing very hard to keep the credit, although they have made statements that they would like to see it live on.

The overall result of the House bill would otherwise be wildly positive for the bottom line of automakers (reducing the overall corporate tax rate from 35% to 20%), so many manufacturers are likely not wanting to create too many waves, willing to trade the loss of the tax credit for the bottom line relief.

So far, only General Motors has said publicly that it will fight to keep the credit. A Ford lobbyist sent a letter the to House Ways and Means committee on the subject of tax reform and the $7,500 EV tax credit wasn't even mentioned. Ford spokeswoman, Christin Baker, shared:

"Our focus in tax reform is on key elements that will help put American companies on a level playing field globally. We will continue to promote electrification through other policy initiatives."

The Alliance of Automobile Manufacturers (the working title that almost all the OEMs put out statements under) is monitoring the situation, and made a positive statement to keep the credit, but mainly due to its concerns of still having to sell a certain threshold of all-electric vehicles in CARB states; a more difficult proposition without the $7,500 credit.

"The potential elimination of the federal electric vehicle tax credit will impact the choices of prospective buyers and make the electric vehicle mandate in 10 states – about a third of the market – even more difficult to meet."

Instead of by the automakers, a lobbying push is being led by the Electric Drive Transportation Association, which represents about 50 different automakers.

"The existing tax credits have been a powerful way to promote the use of electric vehicles. Duke Energy supports the ongoing discussions with policymakers on the best way to continue this progress."

"We support credits and incentives, and see them as a key piece of the equation when it comes to fostering the continued growth and development of the market for EVs, along with the continued build out of charging infrastructure."

Obviously, not all Republicans see eye-to-eye regarding this tax reform. In fact, thus far almost everything that the Trump administration has proposed has seen much contention, especially at the Senate level. Nonetheless, it's good to know that the Senate plans to keep the EV tax credit intact. There may be a preliminary vote soon, than a subsequent Conference Committee between the two governing bodies, which will give us a better idea of what lies ahead.

If anything actually comes of any of this, it will likely be a long time before we see any real progress one way or the other.  There has been a concern (at least to Republicans) that the House will get squeezed by an impatient President looking to get his tax bill passed, accepting many of the Senate's changes - which would be good news for those looking to see the EV tax credit live on.