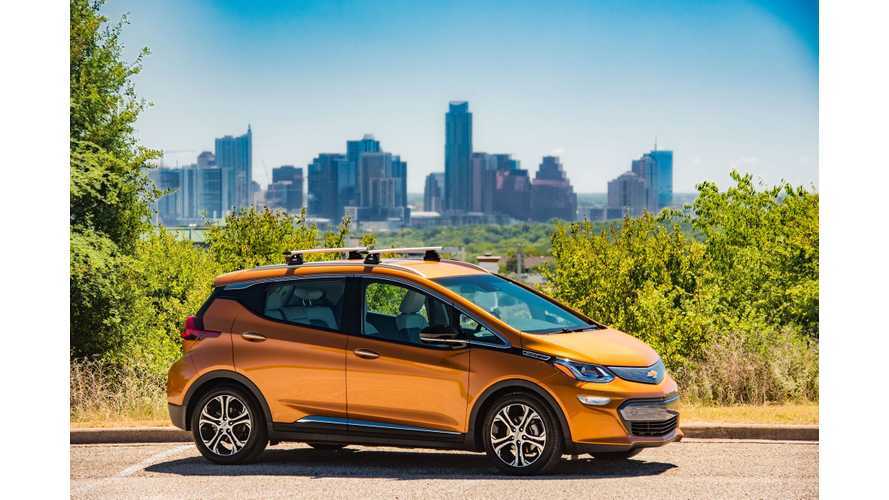 Autoweek believes that the Chevy Bolt may not be the best small car on the market today, but it sure is today's best EV.

As far as range and price are concerned, the Bolt faces no competition (at least currently). Nowhere else will you find 238 all-electric miles for about $30K after the federal tax credit on a dealer lot today.

How does the Bolt stack up in other areas and especially when compared to similar small cars, regardless of powertrain?

Inside the 2017 Chevrolet Bolt

“seat of the pants says Bolt is a very good small car, regardless of propulsion source, with more space than just about all of them.”

However, the site's editor, Wes Raynal, believes that the Bolt is "almost" a very good small car.

Space is not an issue in the Bolt and neither is quality. Though the cabin is not considered upscale, it's durable. Raynal shares:

"The materials look and feel robust and tough but not necessarily upscale. It looks like this is one of those interiors you could hose out if needed. That’s not a criticism, just an observation."

He's also impressed with the car's smooth, seamless acceleration and the fact that it exhibits very little body roll. It also has a nice, firm steering feel. But, Raynal believes the overall ride quality is just too stiff. Nonetheless, it has a whole lot going for it. He concludes:

"Back to the original premise of the Bolt being a “very good small car.” For today’s market, the car’s ride makes me personally dispute that. What about in five years, though? Or 10? I submit that no one knows what’s coming in terms of fuel costs, customer wishes, fast-charging infrastructure, battery development costs, electricity generation and a gazillion other factors I can’t think of right now. For the moment, there are a few small cars I’d get before a Bolt.

HOWEVER! This little scooter is priced rightish, it's plenty quick and has outstanding range. For plenty of today’s shoppers, that could well be enough. Cool with me. For my $30K, I’d prefer a VW GTI or Mazda 3 today, but if someone told me flat-out a Bolt would fit their needs perfectly, I wouldn’t try to talk them out of it. Besides, in a decade, who knows? I might not have a choice. If I don’t, it’s at least good to know I won’t need to be freaked out about it -- this is a huge step in the right direction. Maybe I’ve just driven the future."

Autoweek goes on to get a second opinion from associate editor, Graham Kozak, who borrows Apple's old slogan for the Bolt:

The Bolt is just a simple EV. It's not luxurious or super exciting. It doesn't do anything special, aside from running on batteries. It's no Tesla but it costs less than the price of the average American car. Kozak says the average driver wants something that just works without much effort.

He comments on the smooth, quiet powertrain, the low center of gravity, and the impressive handling. Kozak also references the regenerative braking. He says it's not quite one-pedal driving, but within a few miles you get the hang of it fairly easily and can utilize it in normal traffic.

His biggest issue actually comes down to range. The 238-mile range could be more like 180-190 miles in Michigan during the winter. This means that road trips may be an issue and Kozak believes you'd have to have another car for that. Although, for his week of commuting, he never had to charge it. He writes:

"Road trips are still an obstacle -- it would be impossible for me to make an after-work drive to visit my parents in Michigan’s Upper Peninsula, for example, especially because there’s no Bolt-compatible Supercharger-like system available for owners to use. Topping up during a long haul means a few hours at a roadside plug. Even though I have other vehicles at my disposal, both in our tester fleet and my personal garage, I’m not going to pretend this isn’t a mental hurdle.

But, while it’s not perfect, the Bolt is one of the first EVs that I can see fitting into my life with very few compromises. It works from a budget perspective and a range perspective, the occasional long road trip aside (speaking of, I really should visit my parents more often)."

In the end, Kozak suggests that everyone should at least go test drive a Bolt for the heck of it. He assures that you'll be impressed.