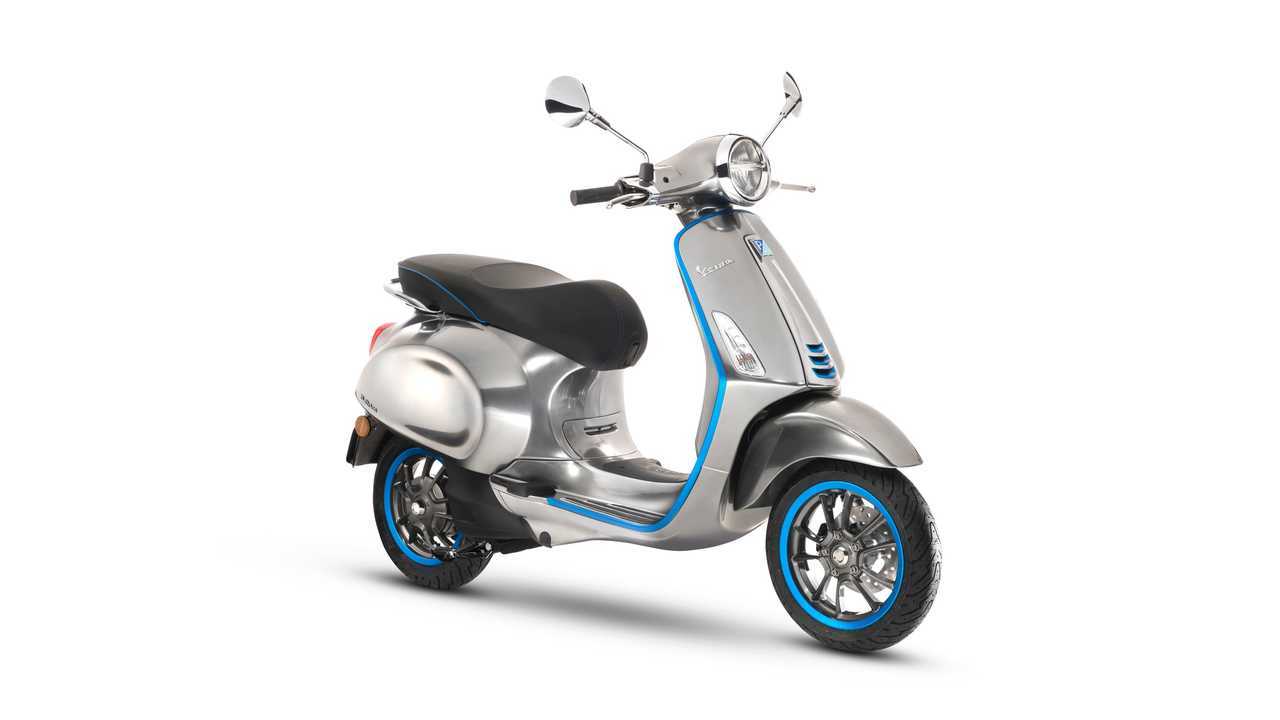 A classic is now electric

There are not many brands with the cache of cool that Vespa effortlessly carries in its fluid lines. This despite the decades that have passed since it was first catapulted to worldwide notoriety in the 1953 flick, Roman Holiday.  While the design has subtly changed over the years, it has always buzzed like its hive of its wasp namesake (yes, vespa means wasp in Italian). Now, a new model, the Vespa Eletricca, has been presented at EICMA (Esposizione Internazionale Ciclo Motociclo e Accessori) that will significantly soften that noise. Optionally, at least. Let us explain.

As you might have guessed, the Vespa Eletricca is battery-powered. It looks identical to the concept unveiled at the 2016 edition of EICMA (that was said to arrive in the latter half of 2017, but then didn't), and once in stores will keep its "chrome grey finish with metallic reflections," though with a choice of seven trim colors.

While it certainly look more modern overall, it retains a retro headlight integrated into the handlebar assembly. Even that, though, is reflective of the times as it's an LED unit. It still looks very Vespa.

Though it sits very solidly in the 50cc class of scooters, parent company Piaggio says it will offer improved acceleration over traditional gas-powered models. The motor puts out 4 kW (5.4 horsepower) at peak and 2 kW (2.7 hp) nominal and, get this, a claimed 147.5 pound-feet of torque. It offers the choice of two different performance maps: Eco and Power. Eco mode offers a chill driving experience limits top speed to a pedestrian 30 kph (18.6 miles per hour), while Power mode unlocks the scoot's full potential.

The lithium battery, specific capacity unknown, is said to be good for 100 km (62 miles), and recharges from a typical household outlet in four hours. If for some strange reason, 62 miles is not enough, the Eletricca X variant may be to your liking. It comes with a smaller battery that should keep you rolling silently for 30 miles before a gasoline-powered range extender engine kicks in and keeps the party going until you've traveled 124 miles. You can also switch the engine on before the battery runs low on juice.

A modern scooter needs up-to-date tech and the Eletricca doesn't disappoint. It features a dimable 4.3-inch TFT screen in its dash that can display messages from your phone via Bluetooth. Speaking of phones, you can recharge your device via a USB outlet beneath the seat in a compartment big enough to hold a helmet.

Despite last year's lack of follow through, we do expect this electric Vespa to be available in the US next year. According to Motorcycle.com, those details should be known in a few weeks.