Globally, It's Cleaner To Drive An EV (Versus Gas) In All But 19 Countries 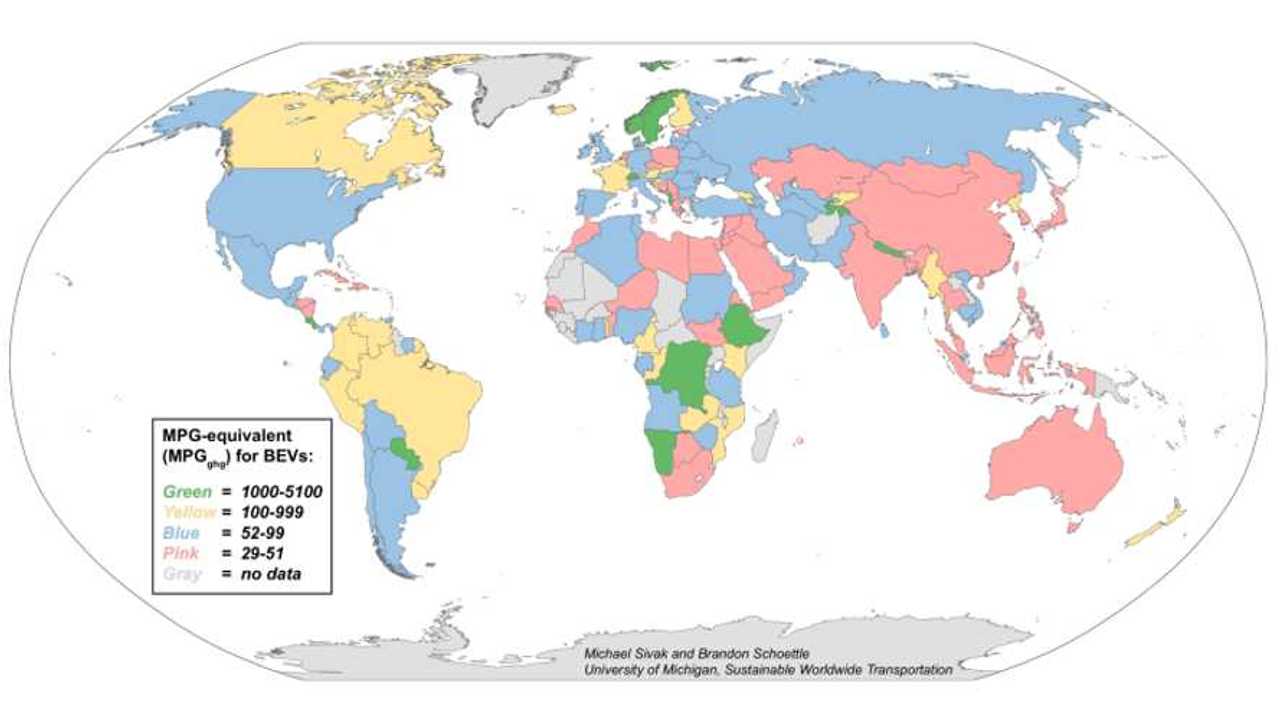 According to a Michigan Transportation Research Institute (UMTRI) study, indirect greenhouse-gas emissions by all-electric cars (considering electricity generation) widely varies depending on the country it is put into service.

In general, battery-electric vehicles are cleaner in terms of GHG emissions in 122 out of 141 countries, for which data were available. In 19 countries, coal-based power plants worsen the emissions.

Here is few results for BEVs:

Data for the study comes from the Union of Concerned Scientists (BEV miles-per-gallon-equivalent values based on well-to-wheels emissions of various electricity fuel sources) and the International Energy Agency (country-specific electricity production by fuel source).

"For each individual country, the calculations derived an equivalent fuel-economy value at which both BEVs and gasoline-powered vehicles produce the same amount of greenhouse-gas emissions. In other words, the calculations derived, for each country, a fuel-economy value that a gasoline-powered vehicle would have to exceed to produce lower emissions than a typical BEV, and vice versa."