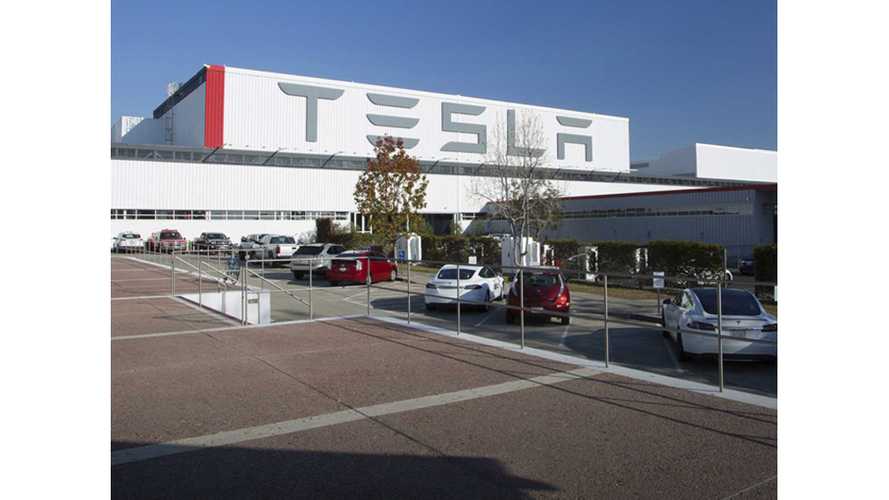 Elon Musk's Boring Company started its initial digging on SpaceX property in Hawthorne, California, so it comes as no surprise that the venture might find its way to the Tesla factory in Fremont.

Though Tesla is still a lower volume automaker, its factory in Fremont is sprawling. Back in the days when it was the NUMMI factory (GM and Toyota joint venture) it was churning out more than a handful of vehicles. In order to facilitate increased productivity, Musk may turn to his Boring Company tunnels to get materials across the property more quickly and efficiently.

Entrance to The Boring Company's initial tunnel on SpaceX property in Hawthorne, CA. In order to make any notable progress in the near term, the company will have to significantly speed up the process.

Apparently, Tesla's seat factory is three miles from the main buildings in Fremont. During the automaker's recent Q4 earnings call, CTO J.B. Straubel commented about issues involving limitations in getting materials from point A to point B. Musk then revealed that the automaker may rely on Boring Company tunnels to prepare for high-volume production. He said (via Teslarati):

“We are looking at building tunnels, using The Boring Company’s thing, because we have, for example, our seats production is at a separate building on Page. And we have a bunch of trucks moving seats back and forth between both the primary Fremont production and the seat factory.

And we actually get constrained on how many trucks can we dock and undock at the seat factory, which is only, I don’t know, half a mile or a mile away from the vehicle plant. So it’ll be pretty easy to just have a tunnel, do an automated conveyance from seats to the factory.”

Musk has made similar mentions in the past when referring to transporting between the company's Gigafactory and automotive plant. However, this is a substantial distance. The lengthy journey, coupled with reported battery pack bottleneck issues isn't helping the Model 3 production situation.

When Musk spoke to the concept previously, he talked of a Hyperloop joining the two facilities. However, now with the Tesla Semi in the mix, it seems that the automaker is counting on using truck platoons instead.

The idea of a Hyperloop of sorts in Fremont is likely a bit more viable. The CEO seems to think that it could work, and he hopes that it will increase production to significant numbers. Musk continued:

“And there are things we can do, where we can build sub-systems and then transport sub-systems to Fremont. These things get increasingly difficult, but they’re all doable. But I can see a path where we get to say 600,000 Model 3 production and 100,000 S and X, so maybe 700,000, which should be like almost 50% more than GM or Toyota got out of the plant. I mean that seems achievable."