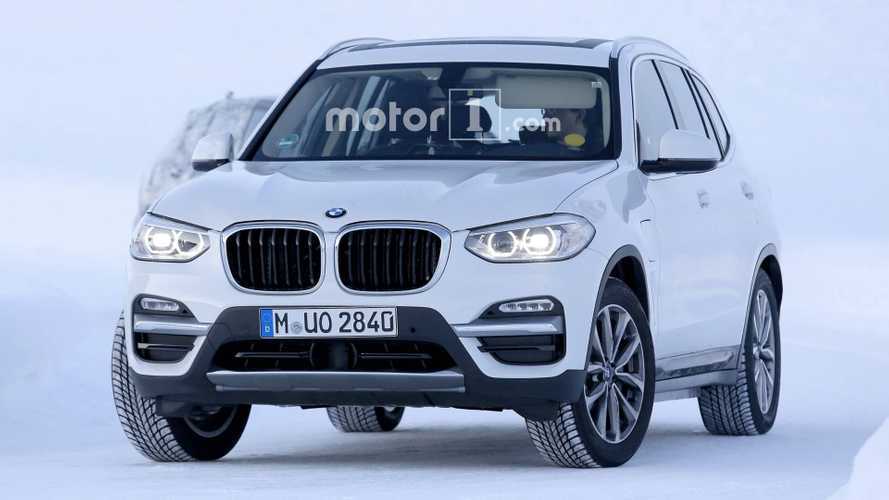 Both should debut next year.

Next year will be very important for the BMW X3, as the compact premium SUV from Bavaria is set to receive two new electrified versions. We can now confirm that a plug-in hybrid will be joining the already announced fully-electric variant, as two prototypes, one EV and one PHEV, were caught testing in the snow by our spy photographers.

We are far more excited about the emissions-free variant, which will become BMW’s first-ever fully electric SUV. As these shots reveal, there won’t be any drastic visual changes compared to the ICE-powered models, except for a slightly modified rear bumper with no exhaust pipes and, probably, a different fascia as the car will no longer need a traditional radiator grille for cooling and supplying fresh air to the engine bay.

*Note that the iX3 appears to have a fuel port. We believe this is simply due to a carry-over body being used on the test vehicle. Our spy photographers assure us this vehicle is purely electric by stating:

"The snapped iX3 comes with a huge battery pack below the passenger cabin but is missing exhaust pipes altogether."

As visible in some of the photos, the charging point is located on the front left fender, while the massive battery pack is mounted under the floor of the SUV, giving it a low center of gravity and not affecting the interior space.

Chances are the first-ever iX3 will join the SUV market in late 2019, when we also expect to see a plug-in hybrid version of the X3. It is also under development at the moment and this is the first time we see it out testing. It looks almost identical to the electric X3 prototype, but features exhaust pipes at the back and a slightly different front bumper (gallery below).

We don’t know the identity of the hybrid system that will power the vehicle, but speculations put a 2.0-liter gas engine paired to a small electric motor under the hood. This setup should be good for about 300 horsepower (224 kilowatts), delivered to all four wheels for a better traction. A single charge of the batteries will grant the SUV with a range of about 30 miles (48 kilometers) on purely electric energy.