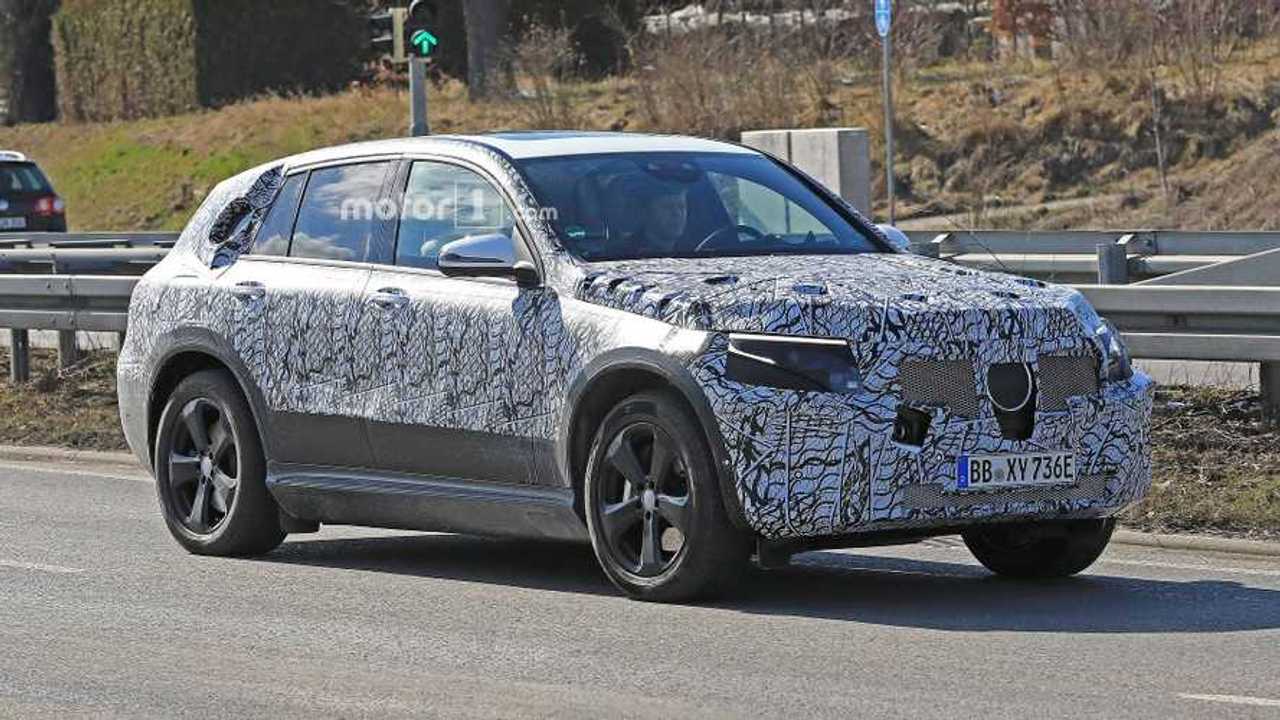 The electric crossover will go on sale early in 2019.

***UPDATE - March 23 - New photos have arrived, this time around from a much warmer climate. See attached gallery at bottom of page.

Mercedes-Benz is readying an entire range of electric vehicles. Previewed by a series of EQ concepts, only recently have we seen early prototypes of production models taking to the street ahead of their supposed 2019 debut. This new set, which shows the EQ C crossover, doesn’t show much, but it does give us a better idea of what to expect.

Even under all that camouflage, there are some key production details to take note of. The headlights, for example, draw similarities to the original concept with the LED running lights surrounding the main fixture. The faux grille also features a large Mercedes-Benz logo front and center, undoubtedly hiding sensors for semi-autonomous technology behind it. The wheels are also completely unique, and the rear features a sleek set of LED taillights that look production ready.

As a concept, the Generation EQ SUV came powered by an electric motor at each axle, combining for a total horsepower figure of 402 (300 kilowatts) and 516 pound-feet (700 Newton-meters) of toruqe. That setup allowed for a 0-62 mile-per-hour (96 kilometers per hour) sprint of less than five seconds, and a range of at least 311 miles (500 kilometers). Here’s hoping that we see a similar setup carry over to the production version.

The new EQ C will be built at Mercedes-Benz’s Vance, Alabama facility, which will soon be the recipient of a $1 billion investment. Not only will the EQ C be built in Alabama, but so will a large majority of the EQ range. Following the EQ C crossover, a smaller EQ A will join the electric lineup.

Production of the EQ C won't kick off late in 2018 or early 2019, but if you live in Norway, you can reserve the vehicle today for a cool $2,500. No word on how much the crossover will cost when it officially goes on sale.