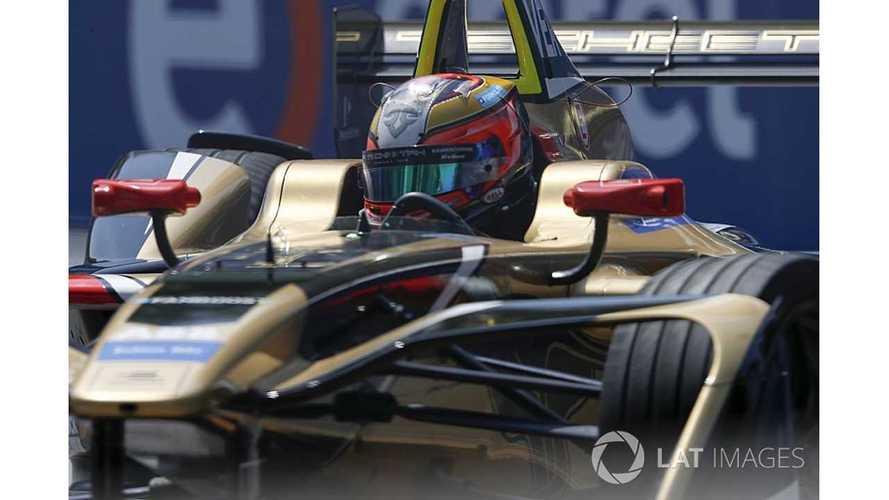 Techeetah team principal Mark Preston has revealed he did not initially know that heavy contact between his drivers’ almost threw away a Formula E history-making one-two in Santiago last weekend.

Jean-Eric Vergne beat team-mate Andre Lotterer to record the first ever one-two finish by any team in FE’s 37-race history.

Their wheel-to-wheel, contact-laden battle almost ended in despair after one particularly significant bit of contact when Lotterer locked up in the heavy braking zone for the 90-degree Turn 3 right-hander and rear-ended Vergne.

In an interview with Motorsport.tv programe The Flying Lap, Preston explained how a technical failure in the pitlane meant Techeetah was blind to those events.

“I only watched the entire race when I got home – it’s even crazier now I see it in rewind,” he said.

“We didn’t expect to be, so early in the season, both cars right behind each other in the race.

“Ten laps to go we lost everything – internet, TV, timing. We couldn’t check the gaps to the cars. We had radio to ourselves but not the drivers.

“We didn’t actually get to see all that stuff in the middle of the race.

“What we had to do is a couple of our guys went down to some of the other teams who were watching their TVs in the corner of their eyes, who were telling us the gaps, and we put that information on the pitboards so the drivers could see.”

Despite the scare, Vergne’s victory launched him to the top of the championship, while Lotterer’s first FE points after a difficult opening few races helped Techeetah move into first place in the teams’ contest.

Preston said testing with James Rossiter and Frederic Makowiecki in Marrakech had helped the team make significant progress, because its status as a customer team meant it only had three days of pre-season running while its rivals had 15.

“Testing is of utmost importance,” he said. “Part of the reason we had such a successful weekend is we had a test after the Marrakech race.

“We had 33% more testing than we’d had previously. That really gave us a great boost.”

Fresh from Techeetah's historic one-two finish in the Santiago round of the ABB Formula E Championship, Team Principal, Mark Preston, describes what it was like when he lost all contact with his drivers in the closing stages of the race. Mark also explains the seat belt modifications that led to the team's $30,000 rule infringement