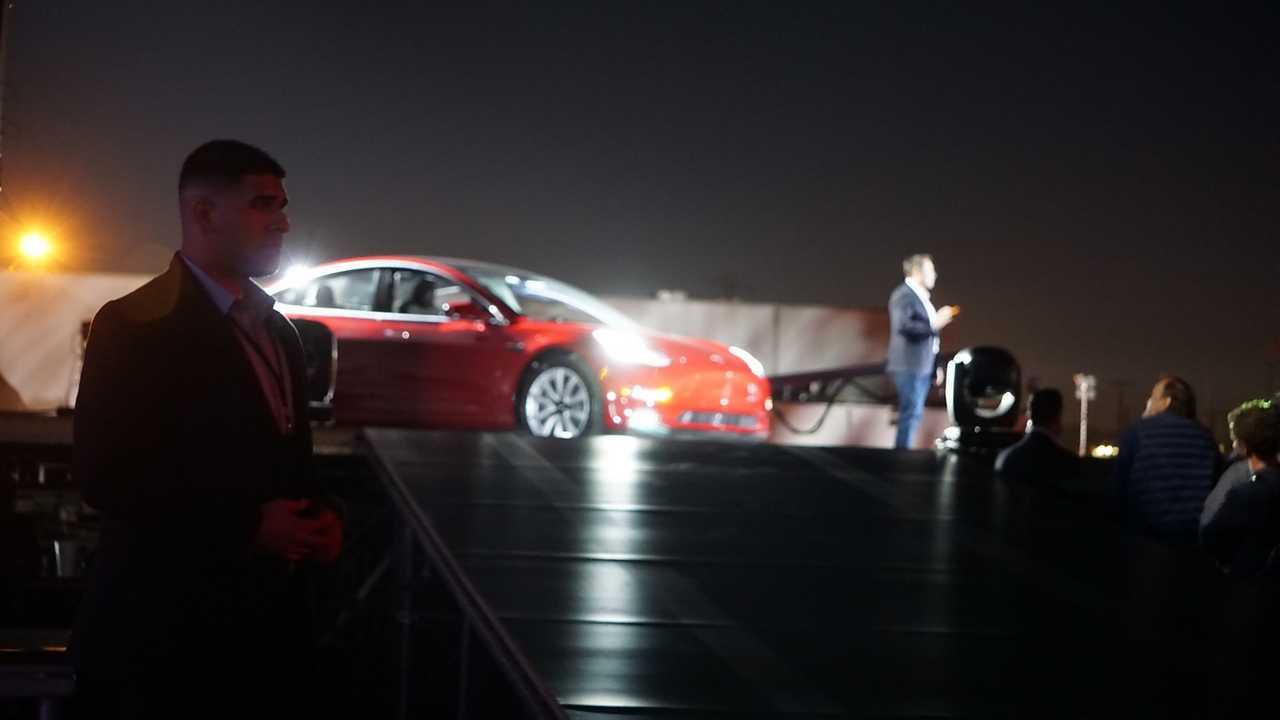 To appease investors and consumers, Musk must continue his optimism about the Silicon Valley automaker's future, while providing some viable answers and even a bit of reality surrounding Tesla Model 3 production goals.

Though the popular CEO didn't get on the recent earnings call and say the Tesla Model 3 world is in peril, he was a bit more reserved about the current situation. Nonetheless, he painted a rosy picture of the more distant future. In the previous conference call, Musk shared (via Forbes):

"What people should absolutely have zero concern about, and I mean zero, is that Tesla will achieve a 10,000-unit production week by the end of next year."

He has also said on multiple occasions in the past that the automaker won't need more money for the Model 3. Shortly thereafter, Tesla upped its borrowing capacity a few times, as well as holding its first junk bond sale.

This time, the Tesla CEO took a bit of a different stance. He explained that it may be "too early" to make such a forecast. He did still say that 10,000 is the goal, and demand can sustain it (which is blatantly obvious since there are 500,000 reservations. Demand could sustain 20,000 a week or more). However, he didn't give a time frame and he said it will prove expensive. Musk continued:

"But I mean, if you extrapolate from 5,000 units towards the end of Q1, we do want to call upon significant CapEx until we are confident about cash flow on Model 3, so then that's a question of how long it takes to implement. I mean, that's where you get to 10,000 units a week for Model 3, which is a number we are confident can be sustained from a demand standpoint."

Forbes points to the potential elimination of the $7,500 federal EV tax credit as another future obstacle. However, we have no way of knowing if this will actually happen. Many people that planned on a $35,000 base Model 3 minus the credit are still seemingly planning to move forward with the more expensive initial offering and the prospects of no credit. Most should already be aware that if they are waiting for the base Model 3 to arrive, the credit will have disappeared by then regardless. As far as we're concerned, the fate of the government incentive may not play a huge role in Tesla's situation. Although, it may have a more dire impact on OEMs electric car pursuits.

It's become abundantly clear that EVs are here to stay and that growth is imminent. Despite Tesla's struggles as a startup, it's paving the way, and as far as Wall Street goes, there's still a significant emphasis on the automaker's successful future.