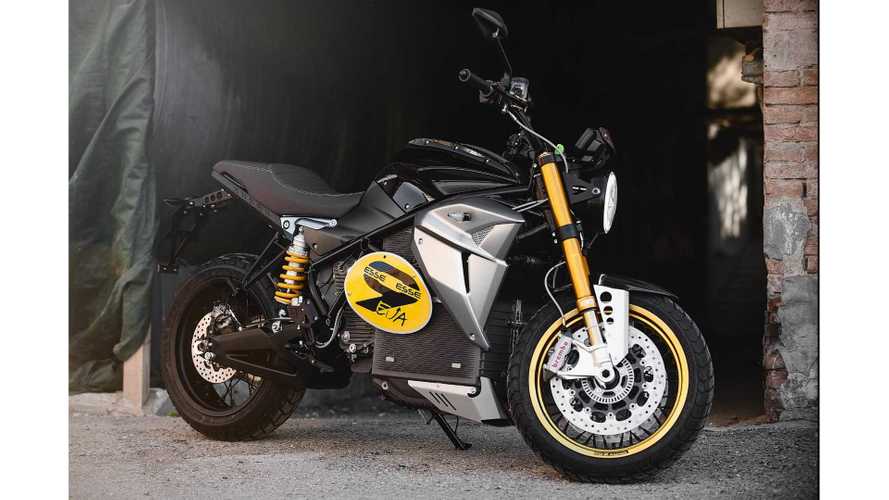 Be still our beating hearts

Energica, maker of fine Italian electric motorcycles, has just debuted its third model, the Eva EsseEsse9. It is, as they say, a beaut. And a beast!

With its roots in racing — it contested the the TTXGP series under the CRP Racing banner — the company made its inaugural EICMA  (Esposizione Internazionale Ciclo Motociclo e Accessori or, as we say in English, the Milan Motorcycle Show) appearance seven years ago with its impressive Ego sportsbike. It later showed up to this motorcyclepalooza with Eva, a slightly toned down naked design with a more upright riding position. This new bike continues where that model left off, as can be evidenced by both its name and look.

The Eva EsseEsse9 is a softer, gentler, more accessible Energica. The oil-cooled, AC permanent magnet motor at the heart of this bike is smaller than the one that has come in the company's previous offerings, but still boasts a significant 80 kW (107 horsepower) and 180 Nm (132.76 pound-feet) of torque. That's enough for a top speed of 125 miles per hour and, we imagine, very strong acceleration.

Go juice is pulled from a 11.7 kWh lithium polymer battery. Range isn't given, but that should be good for almost 100 miles in mixed city and highway riding. Recharging can be handled, empty to full, by an onboard 3 kW charger in about 3 1/2 hours. Or if you pull up to a station packing a DC fast charging CCS Combo connector, 85 percent in 30 minutes.

Like the bike as a whole, the 4.3-inch TFT dash display is easy on the eyes. Besides speed and various other  metrics like time and state of charge, the screen, which dims automatically with falling light, has an integrated GPS receiver and bluetooth. Other modern touches include a special parking assist, which allows for forward and backward movement at a maximum 1.7 mph. Like most electric bikes, it has a number of performance maps, given by the company as "Riding Modes: Urban, Eco, Rain, Sport / 4 Regenerative Maps: Low, Medium, High, Off," allowing for a tailored riding experience.

Components are, as expected, top notch: brembo brakes with Bosch switchable ABS, Marzocchi shocks up front, a Bitubo mono shock out back, Pirelli Diablo Rosso II wrap the aluminum wheels. The round LED headlight with DRL ring adds to the retro feel, while touches like the negative space in the headlight bracket in the shape of the number nine remind you of the thought that's gone into the design.

Check out the entire Energica range in the gallery below.