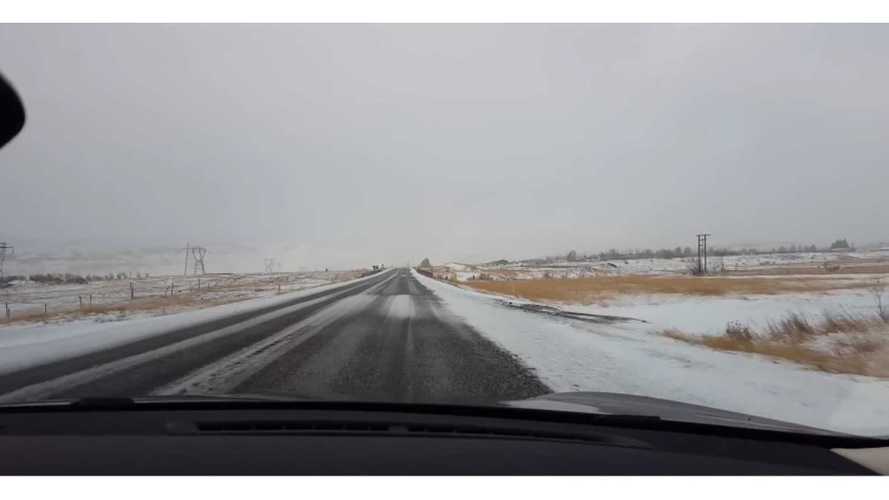 Tesla Autopilot 2.0 Update - On the freeway in heavy rain

During this week's Q4 earnings call, Tesla CEO Elon Musk spoke about the missed coast-to-coast autonomous drive, reasons behind the delay, and his thoughts regarding the technology.

According to Musk, Tesla could have pulled off the planned coast-to-coast autonomous drive prior to the end of 2017, though it wouldn't have been good enough. Some will surely say that this is just another of Musk's excuses and that these delays are getting ridiculous (like Woz, who's done believing anything Musk says), while others will argue that Tesla needs extra time and should be cut some slack. The CEO says that the tech may be ready in as soon as three months, but it could take up to six.

Essentially, Musk explained that it's important that the Full Self-Driving technology is capable of working in any location, regardless of conditions. This is much different from using a pre-planned route and attempting to aim for cooperative weather. He shared (via Teslarati):

“We could have done the coast-to-coast drive, but it would have required too much specialized code to effectively game it or make it somewhat brittle and that it would work for one particular route, but not the general solution. So I think we would be able to repeat it, but if it’s just not any other route, which is not really a true solution."

Musk did admit that the process has been slow, but as usual, he assures that Tesla is making progress. He elaborated that what seems like slow progress now will eventually be exponential. Once the automaker releases the tech in full capability, Musk believes people will be truly wowed. He said:

The CEO went on to answer questions about LiDAR. As most of you are probably already aware, Musk doesn't believe that LiDAR is needed in order for Tesla to achieve fully autonomous driving. Not only is it expensive, but it's also unsightly and has weather-related limitations. Musk asserted:

Tesla Model X With Enhanced Self Driving Hardware/Software drops of its "driver" and parks itself.

“In my view, it is a crutch that will drive companies to a local maximum that they will find very difficult to get out of. They’re going to have a whole bunch of expensive equipment, most of which makes the car expensive, ugly and unnecessary. And I think they will find themselves at a competitive disadvantage.”

Musk believes that the successful combination of advanced radar, multiple forward facing cameras, and near-field ultrasonics is the key to successful self-driving tech. He reminded that this mix of equipment enables the car to remain aware through any type of weather. These vehicles should be able to drive without cause for concern in heavy fog, dust storms, and blizzard conditions, even when a human driver would be unable to continue driving. Interestingly, however, he did admit that he could be proven wrong, though he's pretty sure he's right. Musk said:

"Now perhaps I am wrong. In which case, I’ll look like a fool. But I am quite certain that I am not.”

While Musk has built up a reputation for being wrong when it comes to delivery timelines, profits, and the like, he's proven his prowess on the technology front on several occasions. Many people didn't think SpaceX could land and reuse rocket boosters, or that Tesla would actually follow through with an electric semi truck, or that he'd follow through with a company that is actually digging tunnels for electric car sleads ... and the list goes on and on. However, continually pushing back these timelines breeds increasing skepticism.

We can only hope that Musk is right and the automaker's Full Self-Driving capability is a success, sooner rather than later. The feature will be available on the Model S, X, and 3 (following software validation and regulatory approval), but we have no way of knowing when it will become available in relation to the upcoming cross-country demonstration.